Finding the right amplifier for yourself isn’t as easy as listening to a couple of amps your friend is suggesting, going to the store, and just picking up one of those amps randomly. One amplifier that is absolutely the best fit for your friend may be a complete flop for you, so it’s incredibly important that when you’re going shopping for an amplifier, you properly test out an amp before purchasing.

How do you test out a guitar amp?

Maybe you already know everything there is to know about amplifiers, which is totally okay! But one thing that not a whole lot of people know how to do is test out prospective amplifiers when shopping around a new amp, before swiping their credit card and finalizing a purchase. Just as you would try on a new pair of jeans before you decide to buy them, you need to test out an amplifier before buying.

Here are some of the steps I highly recommend following when testing out your amplifier to see if it’s really the right size for you:

A guitar that you’re not used to handling (even if is literally the same exact guitar) can produce a brighter, more lively sound than your actual guitar produces with the amplifier. Just don’t do it; it’s so much easier to bring your own guitar than have to go through the hassle of returning the amp you just bought and go through testing out another round of amps. 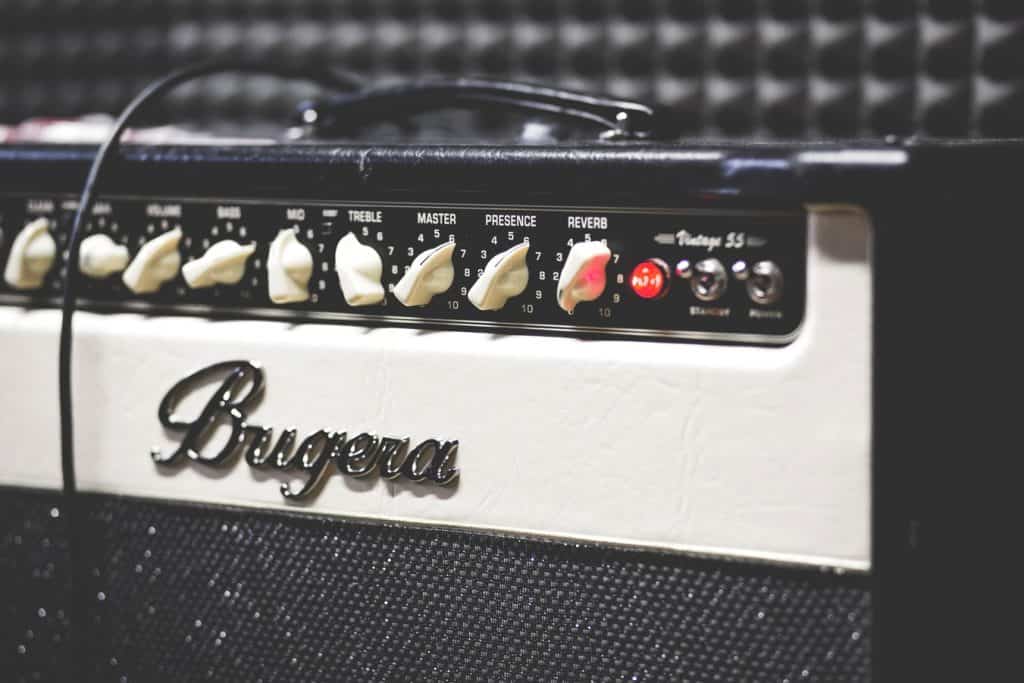 2. Don’t get pushed into buying something you don’t need

Depending upon the store that you go to, the sales person that you end up dealing with may be getting some sort of a kickback on the amplifier that they assist you with buying. Whatever you do, don’t get pushed into buying something bigger or more expensive than what you actually need- you’ll regret it later.

Before you go in, figure out what kind of amplifier you actually need. If you live in an apartment and have a room that you practice guitar in, don’t get pushed into buying an 80-watt amplifier that would be too big of an amplifier for your at-home practice. At the same point, you also want to make sure that you’re an amplifier that’s big enough for whatever your primary application is going to be.

Even if you already have a ton of experience working with amplifiers and have a solid understanding of what types of amps you enjoy the sound of the most, you should still follow through with this testing tip.

Tube amps have their die-hard fans, just the same as solid-state amps and digital amps have, but that doesn’t mean that you need to stick to using one type of amplifier. Sticking with one type of amplifier will keep you in your comfort zone and won’t really encourage you to play around with your sound, so I always highly recommend people shopping around for new amplifiers to take a blind listening test. A blind listening test will give you the option to listen to all three types of amplifiers unbiased, letting only your ears be the judge to the different sounds the different amplifiers create.

Even if you’re someone who is super stuck in your ways, you may find that you enjoy the sound of one amplifier over what you usually pick!

4. Don’t forget about the speakers

I never really hear anybody talking about the importance that speakers have in accordance to the relationship has with the sound that you’re producing, but the speakers are literally the most momentous part of the amplifier. The speakers are what take all of the work that the electronics put into altering your sound and project that sound to your audience (even if you’re just playing for yourself).

You can test for a buzzing sound by turning down the gain and turning up the master volume control on the amplifier; adjust the amplifier until it is set to an output level that you’re used to play at. Once you have the amplifier set to your regular output level, slowly inflate the gain until you have your sound distorted to your personal preferences. If you notice that while you’re increasing the gain that your tone doesn’t have a dynamic contrast or that your tone sounds buzzy, go find yourself a new amplifier to test out. 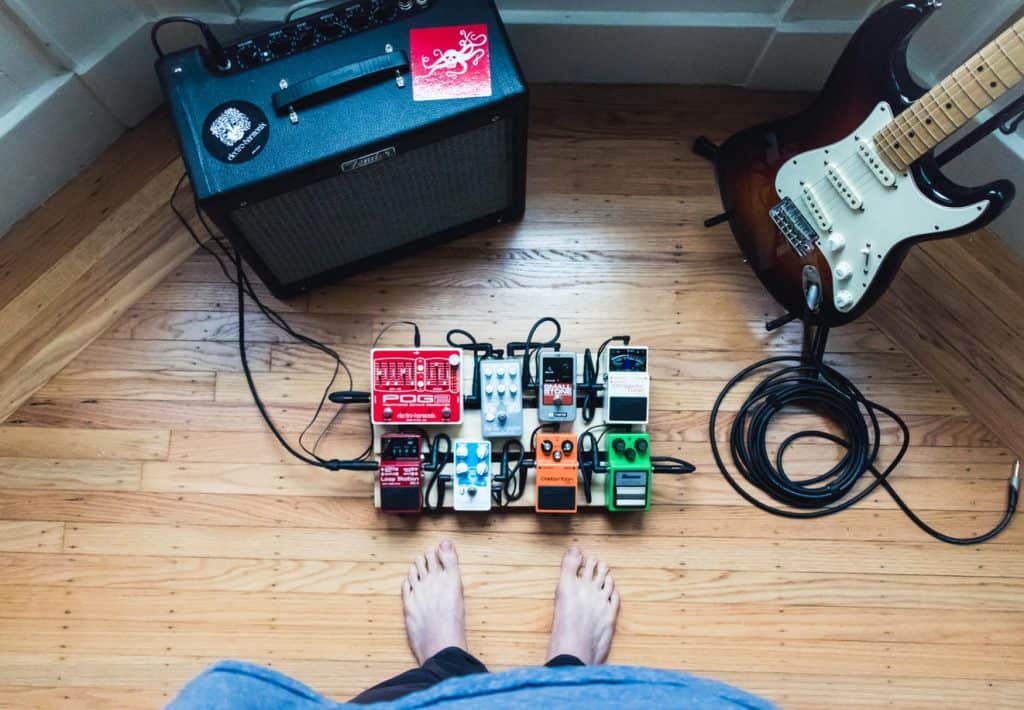 6. Play around with the controls

When using an amplifier, you should be able to turn into a sound that you want to play with quickly, without too much hassle. If you’re finding that you’re having a hard time turning into a tone that you like while you’re in store, you’re going to have the same problem when you’re at home playing.  Also, don’t forget to take some time and play around with each tone control to see how all of the tone controls interact with one another.

7. Don’t get sucked into extra features

It’s too easy to get sucked into buying an amplifier that has a bunch of different features on it that a salesperson will convince you that you need, but if you didn’t decide before you started shopping that you needed those effects, spend some time checking out amplifiers that have the effects that you do need on it.

Extra built-in effects that come on an amplifier are wonderful to have around if they aren’t too much of a hassle to deal with, but they may not be as easy to work with in comparison to external effects pedals.

How does an amplifier work?

Sure, it’s nice to know how to test out an amplifier… if you had any clue on how these things worked. If you know what the general idea of an amplifier is, you’re off to a great start! A great amplifier can make the cheapest of guitars sound like a million bucks, but a poor-quality amplifier will take the most expensive guitar in the world and make it sound like the worst guitar ever built.

Not all amps are built equally, because there are some amplifiers that are built for specific purposes. The hardest part of amp shopping is figuring out what your exact needs are and finding an amplifier to match that. The four types of amps are:

Before getting into figuring out what type of amplifier would be the best for your specific purposes, you should have a basic understanding of how the signal from your guitar travels through your amplifier and out through a speaker.

When you connect your instrument to an amplifier, you’re actually plugging your guitar into the amp’s preamp. The preamp takes the signal that your guitar creates and puts it through the Bass, Middle, and Treble controls, and processes it based upon what you have your controls set to. 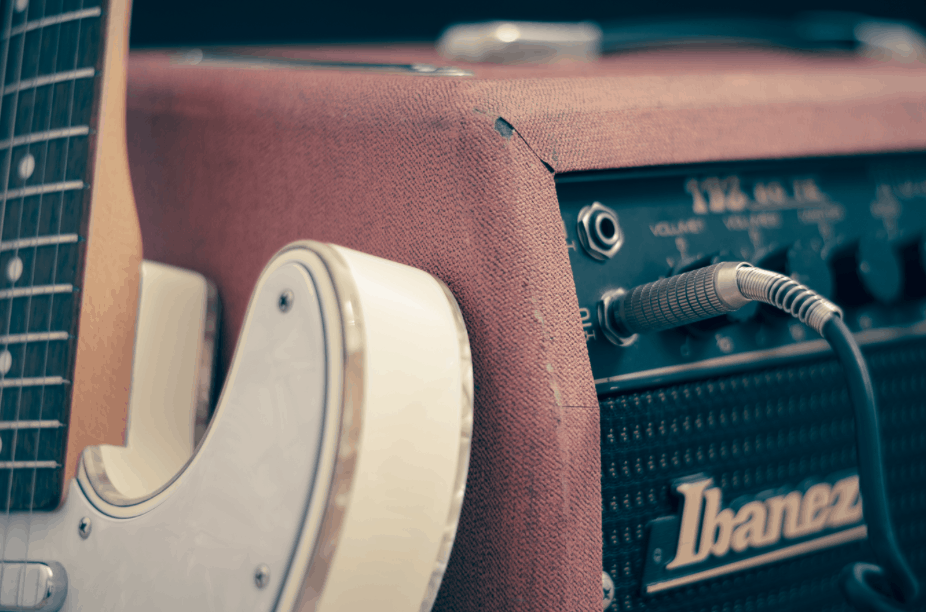 What are the different types of amplifiers?

The type of amplifier you’re looking to invest your money is going to be limited depending upon what you’re planning to use the amplifier for, such as:

Another factor that is going to help narrow down your search is dependent upon the type of amplifier you’re wanting to purchase, such as:

What’s the difference between a combo vs a stack?

The first thing that you may notice while shopping around for an amplifier is that some amps come as one piece, while other amplifiers come with two separate pieces.

Go to a large concert and you’ll find that most of the amplifiers there are stacks, as stack amplifiers are more capable of producing louder larger sounds. Don’t let that statement make you think that combo amps are quite amps, because combo amps still hold a lot of ground when it comes to their volume production!

Even while stack amps are capable of filling entire venues with sound, combo amps are the more popular choice because of their mobility and cheaper price tag. Unless you’re a musician who is need of an amplifier that’s going to produce huge sound, the better choice for you to make is to go with a combo amplifier.

What’s the difference between a tube amp and a solid-state amplifier?

If you’re a newbie to the world of amplifiers, the biggest question you probably have is in regard to the difference between solid state amps and tube amps.

Read More: Tube Amps vs Solid State Amps: Which Is Better For You?

Tube amplifiers are a popular choice for musicians who are looking for a unique, natural distortion. Tube amplifiers create a warmer sound that has more of a character to it, which can’t be replicated by any other machine or pedal. At a lower wattage, the tubes in tube amplifiers to be saturated and distorted without having to drastically increase the volume.

The majority of tube amps are also a lot louder than solid state amps are, even if the speakers and wattages are the exact same that you find on a solid-state amp. 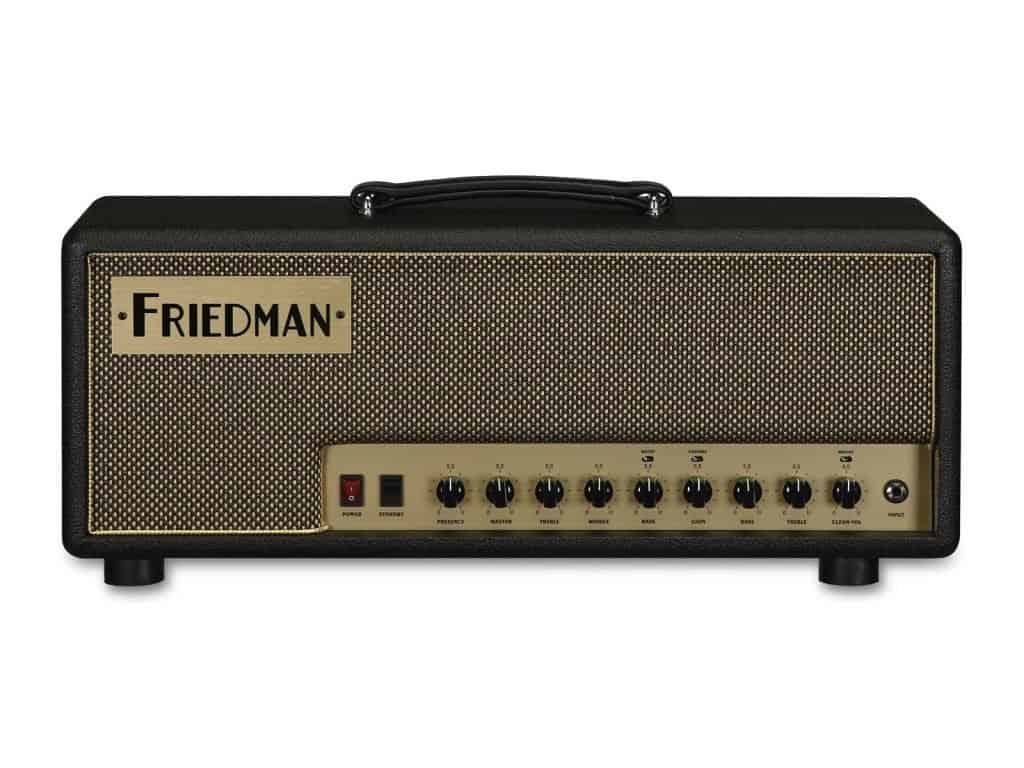 What do watts do for an amplifier?

Okay, that makes sense. But, how many watts should I get?

That question isn’t as easy to answer, because everybody has a different need when it comes to the sizing of their amplifier. Figuring out the wattage that you need for your amplifier can be pretty tricky, so here’s a general rule of thumb to keep in mind when shopping around for your next amp:

Does the speaker size really matter?

If you were to walk into a music store right now, you’re most likely going to find amplifiers that come in one of three sizes:

8” speakers are typically the standard size speakers that are used for practicing. The smaller sized speaker won’t pick up as much bass, which means the sound isn’t going to travel as far (no worries about noise complaints).

10” and 12” speakers are great to use for small venues, especially if you use two. If you’re looking to buy an amplifier to use at medium to large venues, you’ll want to have four speakers to fill your venue with sound.

Just so you have a general idea:

Closed back guitar cabinets have a more directional sound, meaning that the sound is only projected forward. As a result, the sound that is projected forward features the middle and the bass lines more heavily. Closed back cabinets are great to be used for live performances, especially because it helps the guitarist/performer hear themselves a lot easier.

Shopping around for an amplifier should be fun, especially when you get to go in store and test out the different amps you’ve been debating between. At the end of the day, it’s incredibly important that you find the best amplifier for your personal wants and needs and not depend upon someone else’s opinion on what they think would work the best for you. If you have any more questions or want to do a little bit more research, come check out our other amplifier articles or some reviews!

Here are some other related articles you may be interested in: