Whether you’re looking for an amp to rock out in your bedroom until your mom gets home from work or to showcase your killer riffs at rehearsal with your blues/death metal/jazz/funk ensemble, combo amps are a great way to get a powerful sound without the powerful blow to your wallet that a stack amplifier packs.

Until you’ve got a team of willing roadies loading your gear into sold-out stadiums, a good combo amp is the best investment you can make to get there.

Here I’ll show you the highest quality combo amps you can get for your money and break down the pros and cons so you can make the best choice to suit your needs. I’m just going to cover the cream of the crop here.

I don’t want to waste your time with amps that aren’t going to last or deliver professional quality every time. Essentially, every amp in this list is great, so it’s really a matter of personal preference, style, and budget. Enough rambling, let’s get to it! 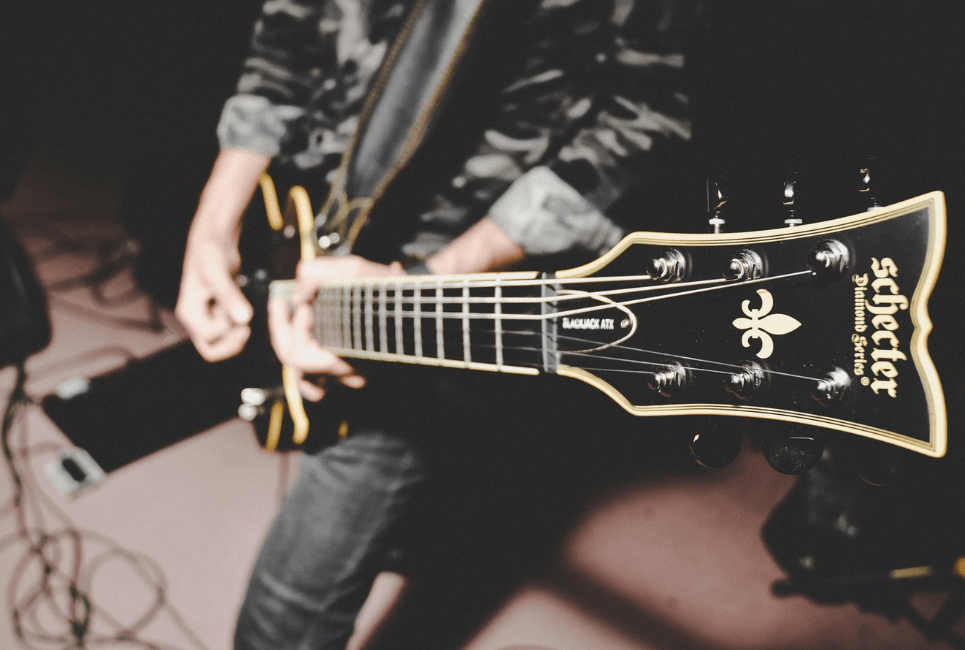 What Are You Looking For?

Easily one of the best out there. Orange still holds strong as one of the titans in putting together an excellent combo amp without emptying your pockets and the Crush Pro is no exception. This 2×2 amp features all the power you need for a show or rehearsal at 120w with a pair of 16 ohm Voice of the World speakers you’ll be leaving ears ringing. 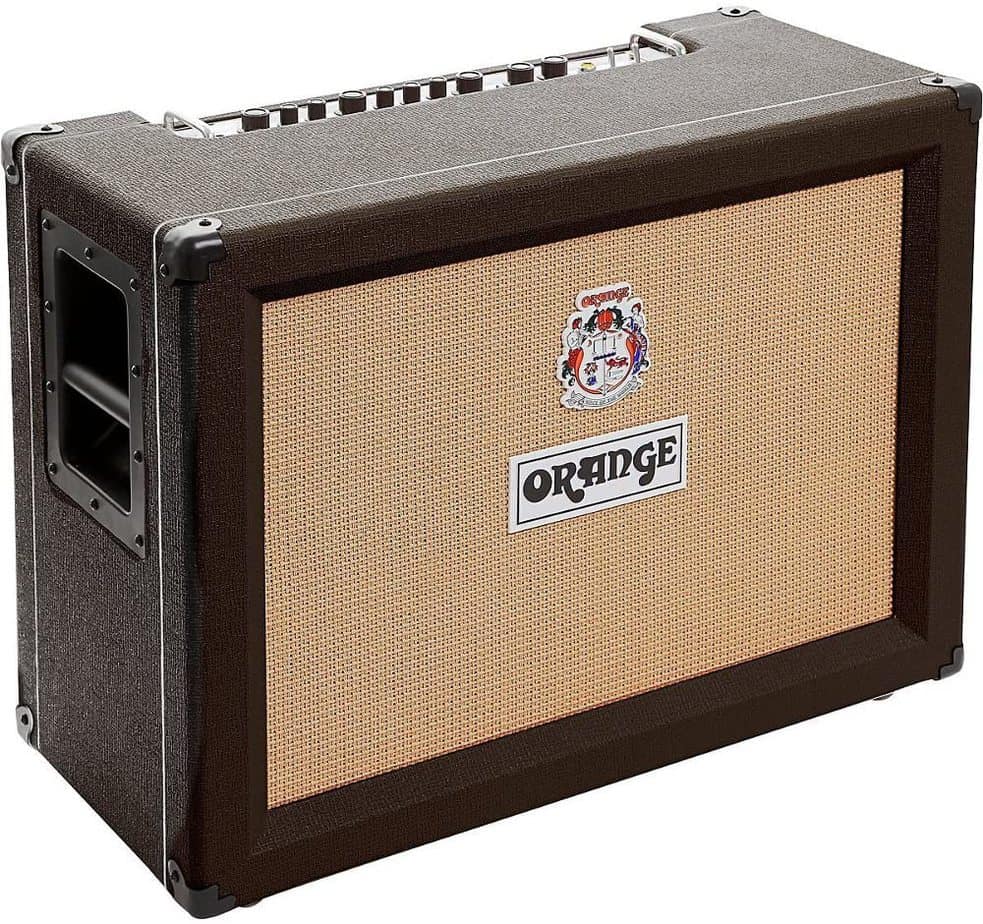 Great speakers coupled with Orange’s legendary solid-state design give you a great dose of the clarity and definition that people have come to expect from an Orange amplifier. If you’re playing some rock n’ roll or any genre that needs sharp tones and defined sound; Orange is still where it’s at.

This old-school blues master is back and better than ever. Roland has implemented their patented Tube Logic design to bring you an amazing solid-state amp that captures the classic sound of the tweed-era tube amplifiers via meticulous digital processing. The single 12” speaker packs a great punch for a blues player at 60w. 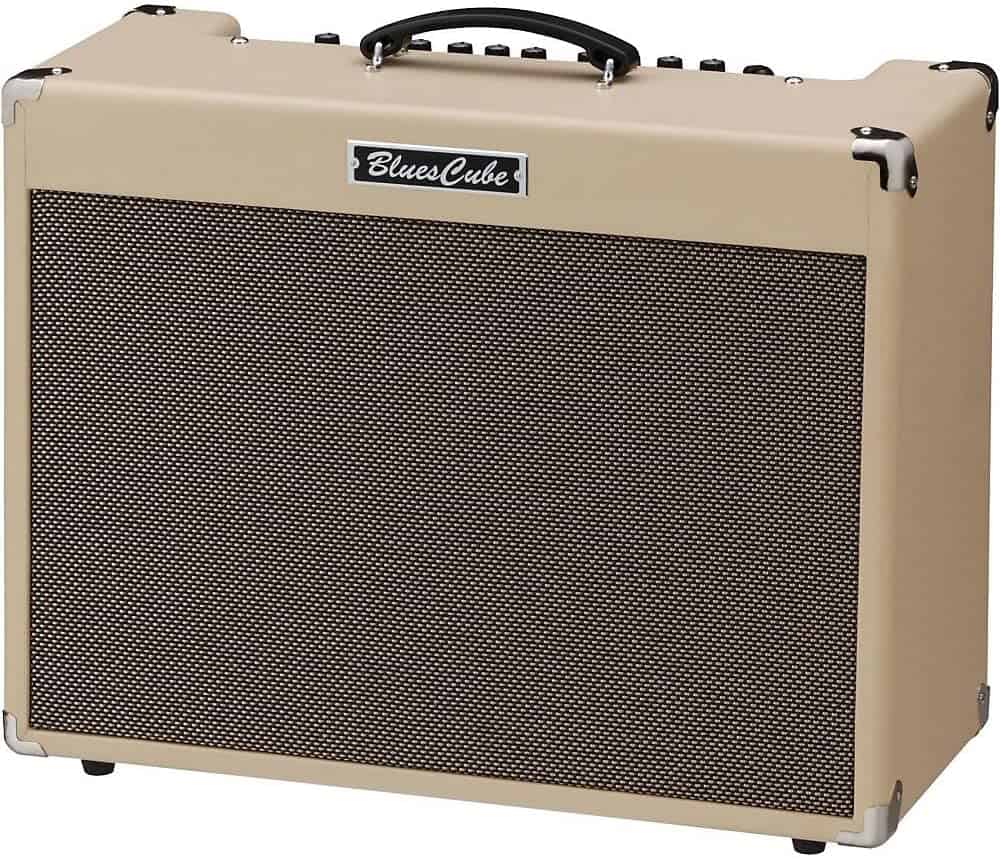 Variable power output coupled with clean and crunch channels gives this amp a versatile range of sounds that ranges from nearly any classic blues tone to searing hard rock.

The adjustable power output is a great feature when you need full, powerful tones without face-melting volume. This amp truly captures the essence and sound of the 50’s style fender amp, at a fraction of the cost to get one. 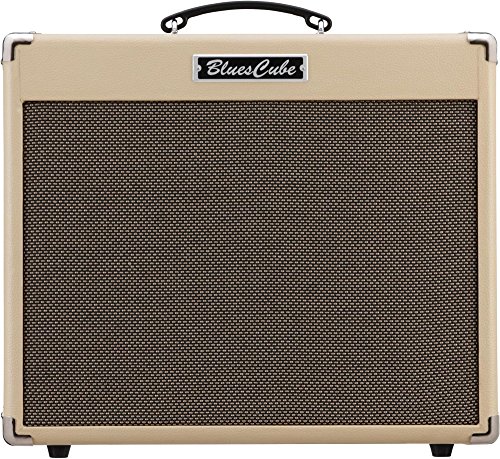 Roland Blues Cube Stage - 60W 1x12" Check Price
We earn a commission if you click this link and make a purchase at no additional cost to you.

This amp is no joke and the numbers prove it. The Fender Mustang IV V.2 is one of the top-selling combo amps in the world today. With a world of versatile effects and settings and 150w of power to back it up, you’ve got some serious muscle and range to work with. 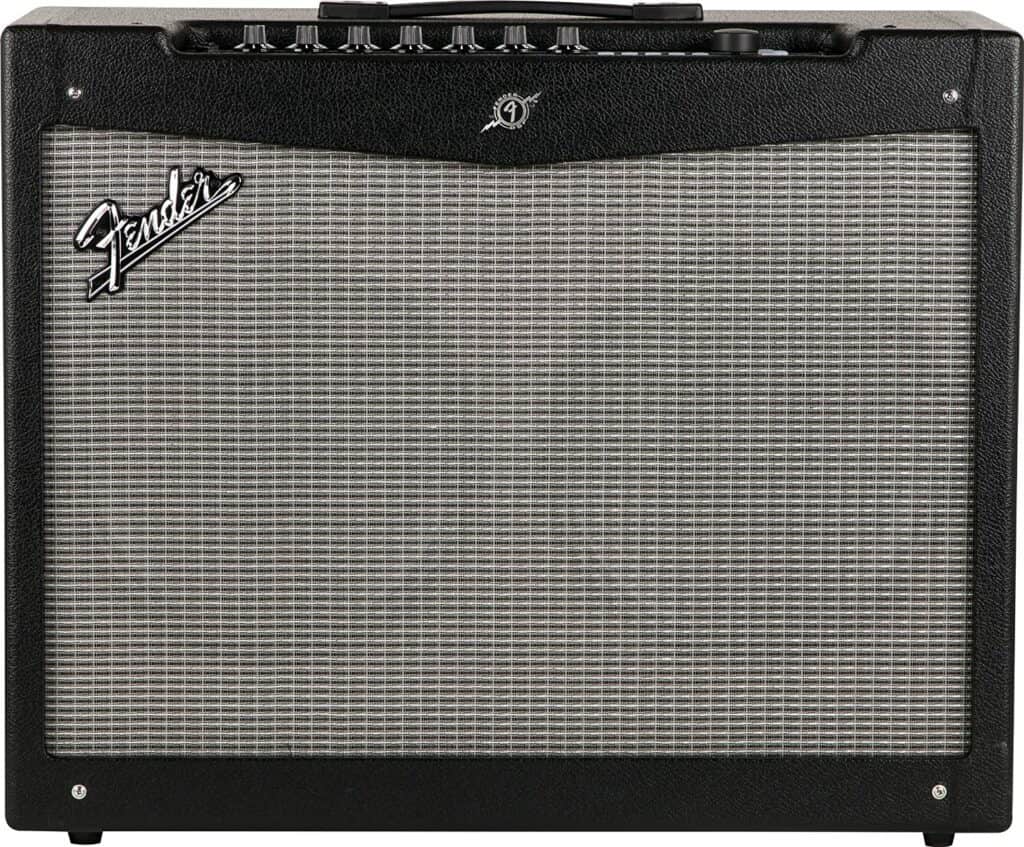 This amp produces some great warm tones, reminiscent of your favorite Fender tube sounds with a nice middle tone. This amp is easily one of the best on the market and that isn’t going to change for a while.

I’ve used these amps myself and love their versatility. I can play my mustang in a glam rock band and then make a few adjustments to be ready to rock with a metal band. This isn’t one of those amps with a wide range and terrible tone. This one really has a great quality sound across its entire range. Check out how Fender Mustang compares to Champion or read more about Mustang III.

It wouldn’t be a list of the best amps you can get without a Mesa Boogie in the mix. This amp is one of the most versatile and multi-featured amps available today. This one packs a punch with 90w of power that’s also fully adjustable. Even though this is a tube amp the good folks at Mesa Boogie added a feature to play solid state as well. That’s just awesome.

The Mark V has a single 12″ speaker and features a 5 channel EQ for each channel, making it one of the most versatile amps. The Mark IV holds the prestigious title of being the most expensive amp on the list by a mile, but with Mesa Boogie, you get what you pay for. Whether you’re looking for a light mod-rock sound or searing thrash metal, this amp delivers every time.

Eddie has done it again. This 2×12 amp features fully adjustable power and impedance ranging from 50w to 1w and. Powered by seven pre-amp tubes and two power tubes, this amp has an incredible rock n’ roll punch.

You also get a load of features with this amp that include rear-panel MIDI input and preamp output, two rear-panel parallel speaker outputs, built-in DSP reverb, rear-panel effects loop and headphone jack, and a four-button footswitch.

I find this amp especially great for bar shows and recording. The adjustable power and impedance make it possible to achieve nearly any warmth and tone you want to record.

This amp has never been my favorite for playing lead at a big show, but for laying down tracks and rhythm guitar, this amp is ‘the one’. 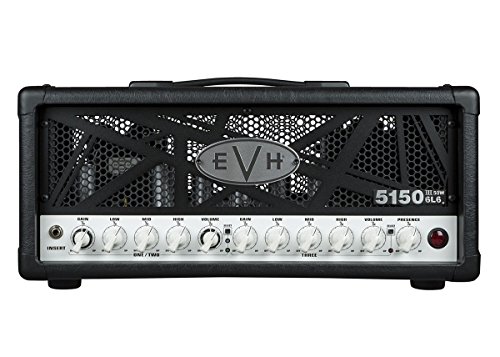 So, How Do They Stack Up?