When shopping for a new amplifier for your guitar gear, you’re probably asking yourself- tube or solid-state amp? What’s the difference between the two anyway?

If you’re on the hunt for the best guitar amp for your guitar’s needs and your musical needs, it’s probably going to get really confusing shopping around, especially if you haven’t done any research. 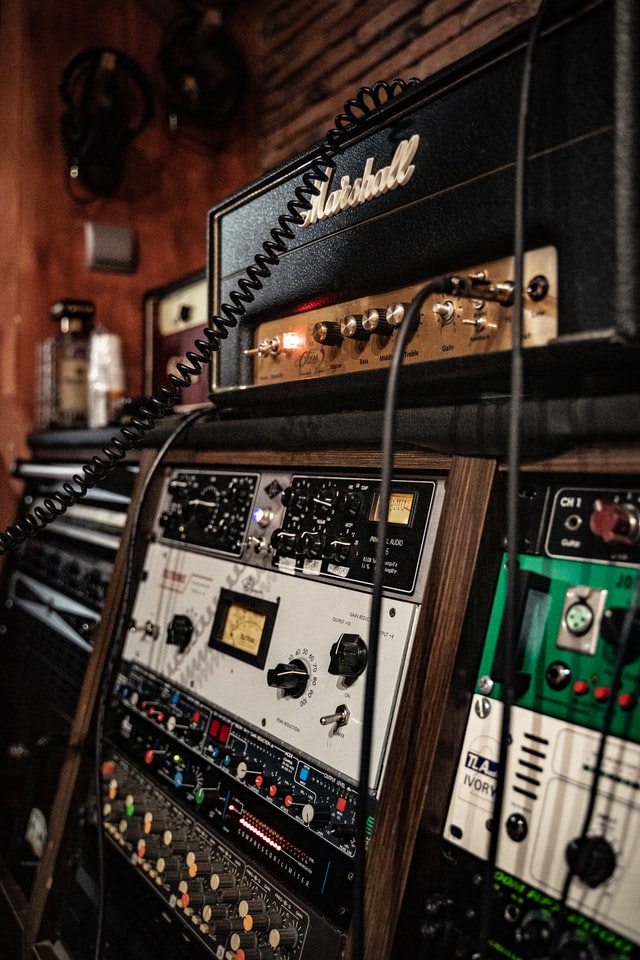 In a nutshell, tube amps are the go-to for most musicians – they’re louder, smoother, and more responsive. Solid state amps are more, well, solid, and can take a bit more punishment then a fragile tube amp.

Some amplifiers incorporate digital technology in order to copy the sound of other amplification systems, which is either a solid-state amp or a tube amp.

If you’re reading around on the internet about the different types of amps available on the market, you’re going to find that there are a few interchangeable terms that you should know about so you don’t get confused; when talking about tube amps, you may read the term valve being used, which is just another name for a tube amp, in British slang.

There isn’t any type of difference between valves and tubes. You may also hear that the solid-state amps can also be referred to as transistor amps or transistor technology, but again, it’s the same ordeal.

There are also some high-end amplifier manufacturers who will invent their own sort of language to describe the patented type of technology or an amp design. Don’t let any of this terminology scare you away!

The most important thing for you to remember is whether the amplifier is a tube amp or a solid-state amp. Just giving the specs a quick glance over should be easy enough information for you to figure out.

Tube amplifiers date all the way back to the time of Thomas Edison, as almost every electronic amplifier had an incorporated tube design. Tube amplifiers were used in early televisions, radios, and telephone technology back in those days.

Fast forward a bit and you’ll find that in the 1940s, transistor technology was created, which allowed a lot of electronic systems to switch over to transistors over the next thirty years. 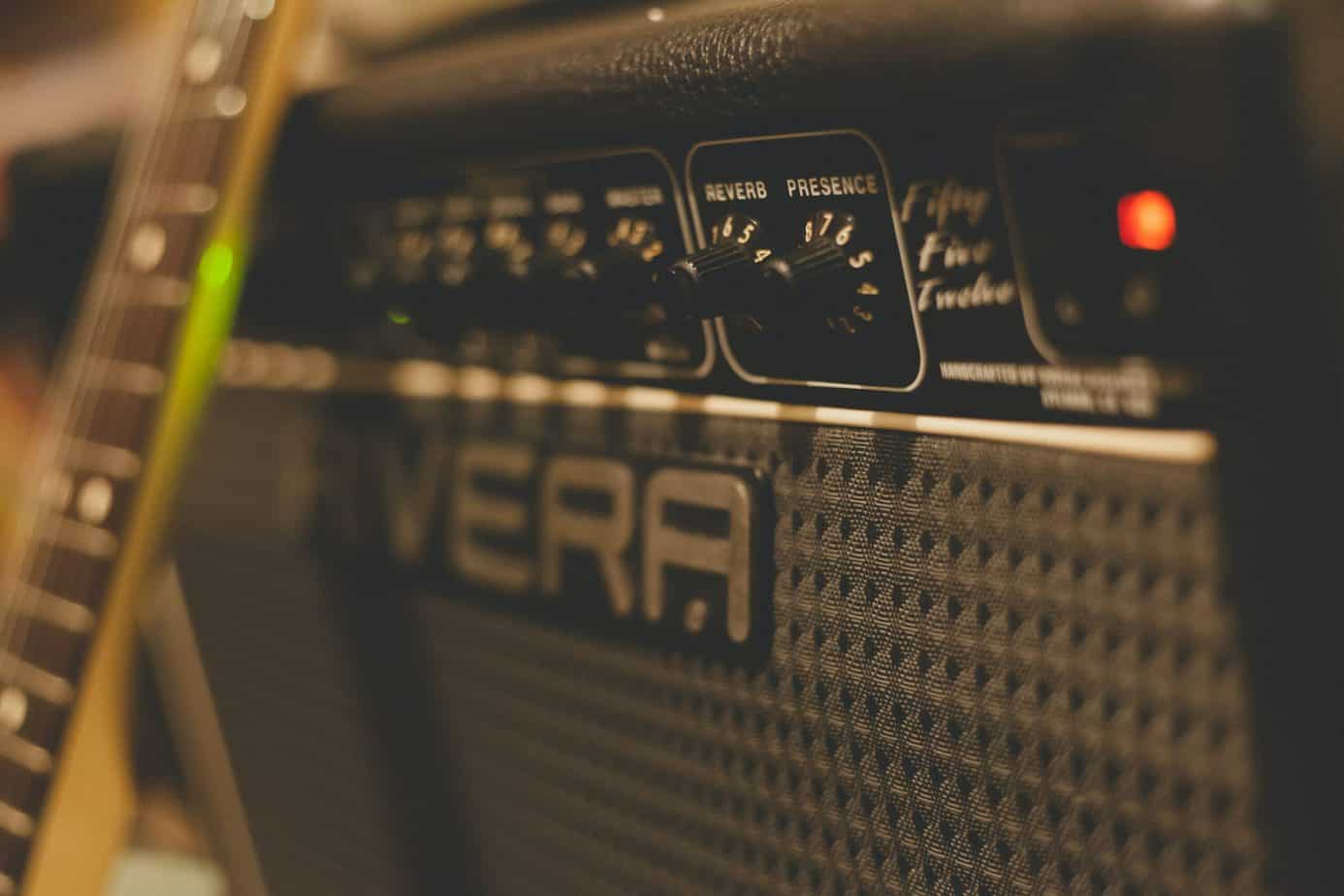 However, solid-state amps aren’t nearly as finicky as tube amps are when it comes to matching up speakers.

When solid-state amps came around in the late 60s, they were much more technically superior to tube amps, but they weren’t nearly as popular as tube amps, because guitarists reported a harsh and brittle sound coming from the amp, especially when compared to the tube amps.

Over a period of time, modeling amps have done a lot to narrow the bridge between tube amps and solid-state amps. In today’s technology, a lot of amps use digital technology and mimic the sound of a tube amp, but the tonal impact of a variety of different speaker cabinet speakers.

There were days where solid-state speakers had a fuzzy, buzzing, and lifeless sound to them, but they’ve been carefully developed over the past couple of years, so these amps don’t have this problem anymore.

Today, guitar players have the ability to choose from a variety of amplifiers, whether that bad a solid-state amp, a tube amp, a digital amp, or a hybrid model. There are even some amplifiers out there that would do well with part tube technology and part transistor (solid-state) technology.

But, most professional guitar players happen to choose tube amps over solid-state amps consistently and we’re here today to find out why!

Tube amps are so much more sensitive and that’s how hard a player picks their guitar influences the tone of the amp. The variances in the signals that come from your guitar are more accurately represented.

Comparing to solid-state amps, tube amps also happen to be loud louder for their listed wattage; a 50-watt tube amp will be a lot louder than a 50-watt solid-state amp. This is important when it comes to being heard over the percussion of your band or group, but it also plays another roll in the music you’re creating. 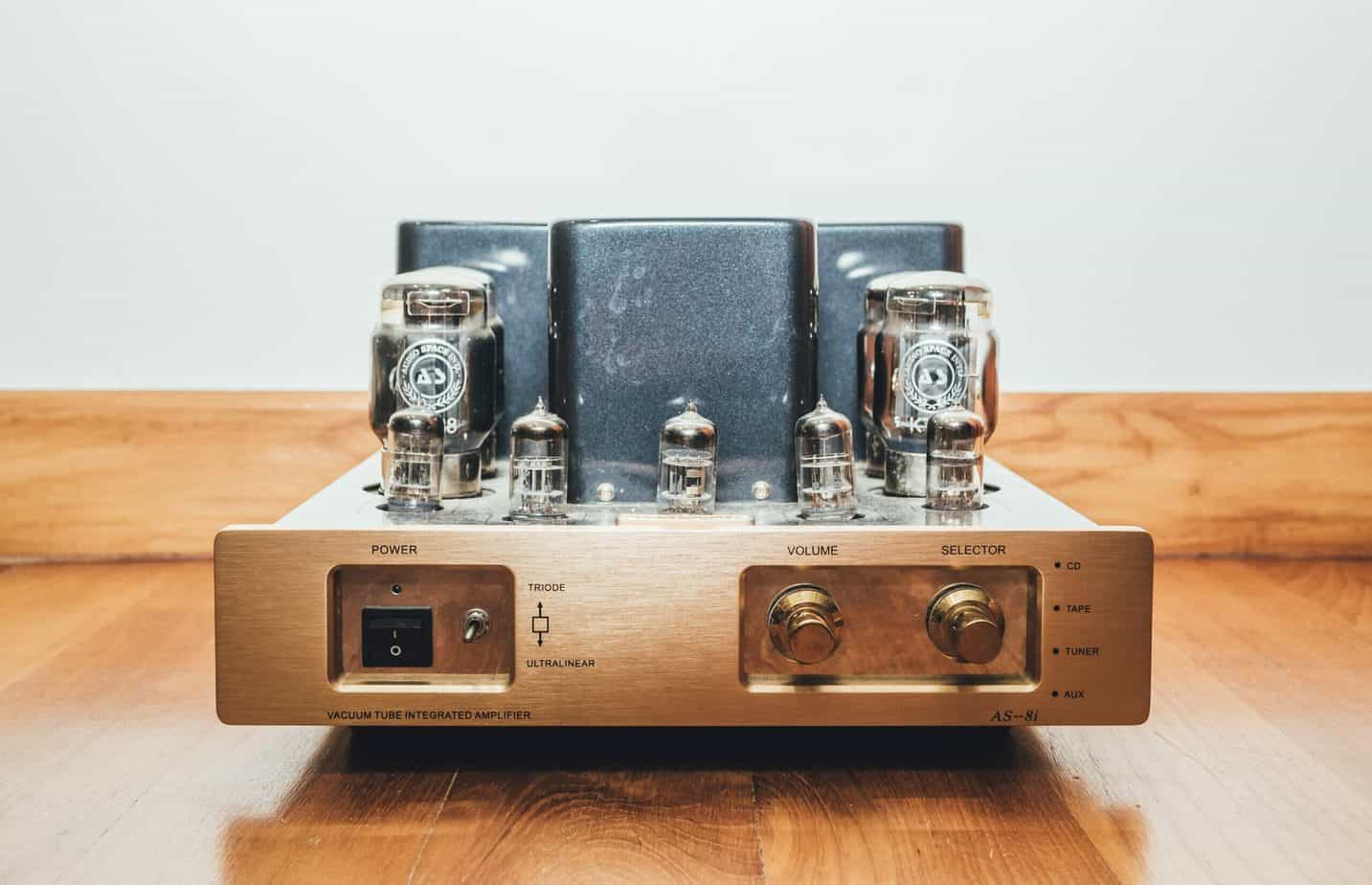 The saturation of the tube also happens when you push the tube together hard, pushing them close to the max of their wattage. This max of a 50-watt amp happens at a lower volume than a 100-watt amp so you can create an amazing tone from a lower watt amp.

100-watt stacks aren’t incredibly useful because they’re very limited in their uses. Tube amps that are around 40 to 50 watts happen to have more than enough wattage to get the job done.

If tube amps are so great, why would anyone ever want to purchase a solid-state amp? Before solid-state amps came along, if a guitar player wanted to achieve any effects, they would have had to go with a tube amp. Now, there are many different solid-state amps and digital amps that do an amazing job of replicating the sound that a tube amp produces.

But, can you tell the difference between the solid-state amp and the tube amp? It really just depends upon your ear and what type of sound you’re looking for. 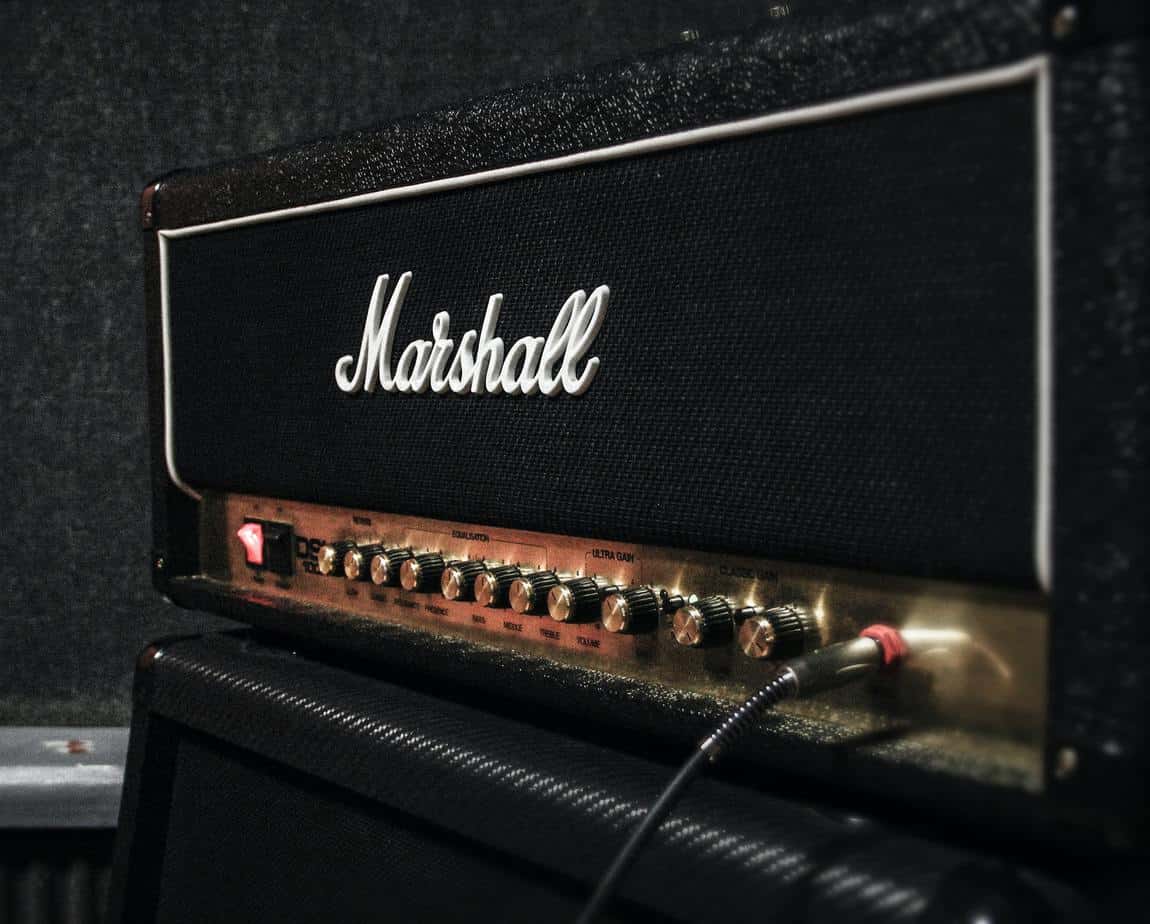 Solid-state amps are also less expensive to purchase and maintain, especially when compared to the tube amp. A tube amp can require a lot of time, money, and effort to keep in working order.

Having the added hassle of trying to figure out what’s wrong with your tube amp and why it won’t work can be extremely frustrating and can become quite expensive, especially if you keep your electronic system to professionals to get fixed.

However, a solid-state amp can go in working order for years or even decades, depending on how well you treat the instrument, without you ever having to worry about it malfunctioning. Tube amps certainly do sound great, but they happen to frizz out over a period of time; solid-state amps are much more reliable than a tube amp.

Which amp is right for you?

When you’re trying to make your decision between solid-state amps and tube amps, you really need to take your own personal needs into consideration and not just follow along with the decision that everyone else is making. 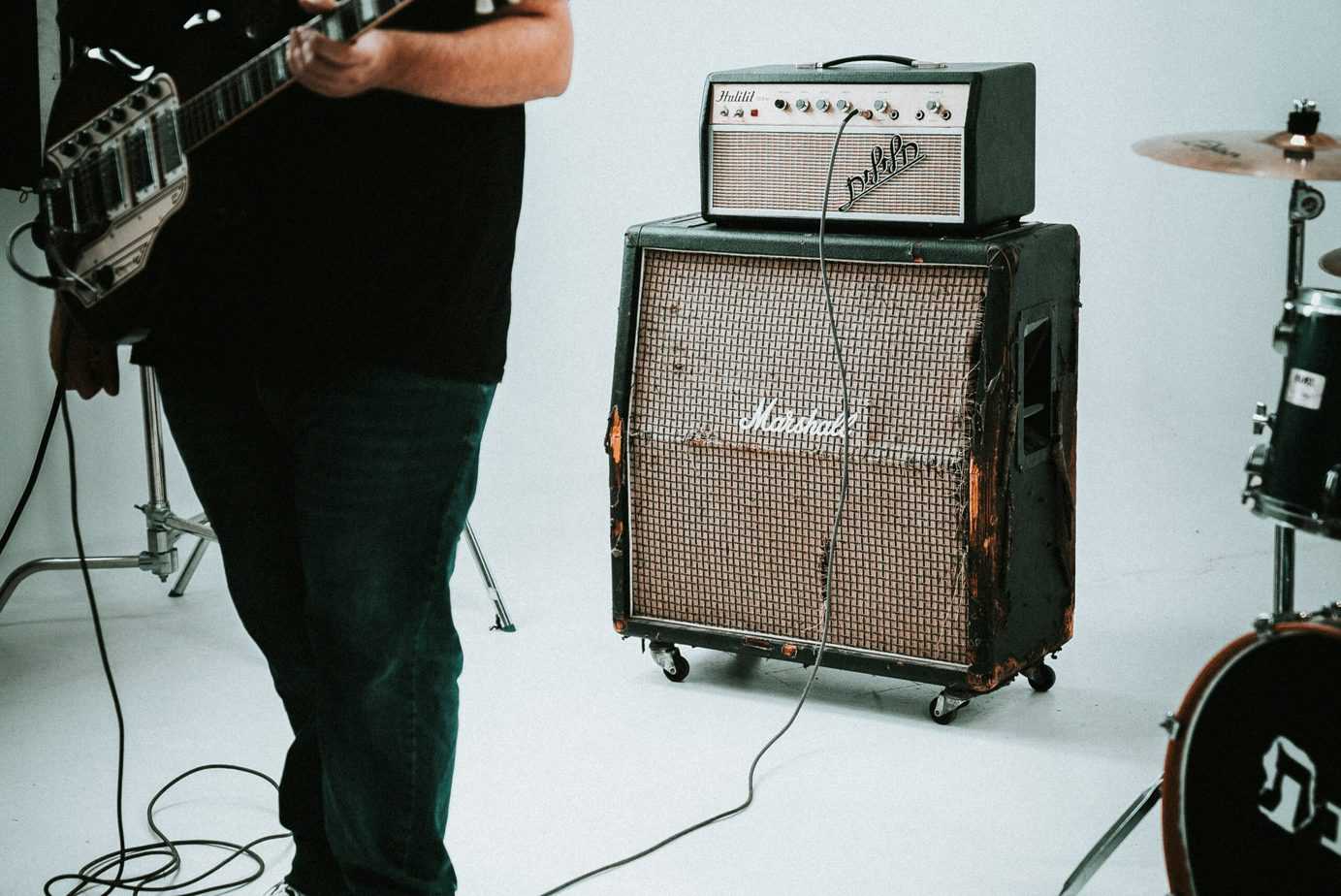 It’s very easy to think that you should be playing with the same type of equipment that your other favorite guitars are playing with or make your decision based off of what other people are saying in guitar forums. Just remember, that your tone is going to come from you and the decisions that you make on your equipment.

Take your financial situation into play and really let your wallet help you make a decision. Unless you have a completely justified reason to purchase yourself a professional grade amplifier, you are sometimes better of purchasing yourself an amplifier with a little amount of money into your spending account, which is especially true for younger players.

Solid-state amplifiers aren’t a bad decision for some guitar players, especially for those people who enjoy playing guitar as a hobby or for the musicians who are looking for a reliable amplifier to bring with them on their gigs.

Over the past couple of decades, the overall sound of solid-state amps has gotten much better, while also increasing the overall reliability, ease of use, and cost-effectiveness of the amp.

Solid-state amps also have much more variety when it comes to cosmetic appearance, which is also part of the reason why a lot of gigging musicians, hobby players, and new musicians enjoy using solid-state amps over tube amps.

Dimebag Darrel was well known to use solid-state amplifiers from Randall because they provided him with the buzzy and harsh tone that he was looking to accomplish.

Everyone else uses tube amps, as it’s a type of gold standard in the means of the way a guitar sounds. Guitarists such as Hendrix have used tube amp to accomplish the sound that they’re looking to achieve in their music.

Read More: The Best Guitar Amps with Bluetooth On The Market

Hopefully, you’ve found something in this article that has helped you make your decision. Ultimately, you have to decide what’s going to make you happy when it comes to your guitar gear.

There are all sorts of guitar players out there who create incredible sounds with all sorts of different types of gear, so you’re really just going to have to decide if you want to go against the grain and find what works for your own personal needs.

There are thousands of options on the market for reasonably priced tube amps that are on the market, so if you’re looking to get yourself an amp that produces a tube-esque sound, you can find an amp without having to drop a whole lot of money.

Good luck choosing the best solid-state amp or tube amp for your needs!

Question: Is a tube amp better than a solid-state?

Answer: Solid-state amps are not that bad – really! They’re great for casual players, and even find use in touring groups who might be lugging amps in vans and need a sturdy amp for their travels!

I’ve been playing guitar for most of my life. For years I believed that tube amps were superior to solid-state amps. It’s probably because my first experience with two beds were cheap tiny Peaveys that didn’t sound very good at all. Recently, I purchased a boss katana amp and was blowed away. I can honestly say that it sounds as good or better than just about any amp I’ve ever played. Now, I find myself seeking out great deals on good quality solid-state amps because I believe in the future they will be acknowledged as equals to tube amps. After all, we typically listen to music on non-tube equipment and yet that equipment is able to reproduce all these great tube sounds that we know and love very accurately.

Excellent information. Some really great words of encouragement, helping with the final decision. Just stumbled upon this by accident!

Solid state amps have come a long way. Although I prefer my Mesa Boogie Mark V 25 tube amp over my Quilter Aviator or Roland JC 40 solid state amps, I would not hesitate to use the solid state amps on night club gigs. And the audience certainly can't tell the difference !