In this article, we’re comparing the Les Paul Traditional vs Standard. Our objective is to help you decide which guitar is better.

Through carefully reviewing each guitar’s key features, pricing, benefits, and drawbacks, we hope to help you come to the conclusion of which guitar is best.

We’ll start off with the main differences between the two guitars.

The main differences between Les Paul Traditional Vs Standard are:

The Les Paul traditional has a thicker neck profile than the Standard. We can’t say this is good or bad since it boils down to your preference.

The Les Paul standard has a compound neck radius meaning that the fretboards are curvier at the bottom near the nut and gradually become flatter towards the top end of the neck.

The Les Paul Traditional has a regular neck radius.

If you are into that “Les Paul Sound” without modifications to it, then the Traditional is your best bet. The guitar is versatile, but it produces a fuller and beefier sound similar to what was prevalent in the late ’50s. This is due to its lower output Burstbucker 1&2 pickups and Alnico magnets.

The Les Paul Standard can cater to heavier and more contemporary sounds such as jazz, rock, blues, metal, and even country. This is thanks to its versatile Burstbucker Pro pickups.

The guitar also features a coil tap function that allows you to split the pickups and make them sound single coil. The coil-split feature further allows you to push for a wider variety of tones while remaining punchy and clear.

Another noteworthy feature of the Les Paul Standard is the internal DIP switch, which gives you even more tonal options. Think of it as having a built-in compressor, which comes in handy for recording. The DIP switch is what allows you to split coils on your pickups, engage the treble bleed circuit, and even engage the transient bleed circuit.

The Les Paul Traditional features no weight relief, whereas the Les Paul standard does. This means the traditional is a little heavier than the standard. However, the guitar’s weight contributes to its amazing sustain.

The Les Paul standard’s ultra-modern weight relief makes the guitar noticeably lighter, and the company claims that this has no effect on the guitar’s tone.

Another noteworthy feature on both guitars is their tuners. The Les Paul Standard makes use of locking tuners. This helps the guitar stay in tune longer. The traditional guitar uses period-correct green keystone pegs.

Here’s a list of famous guitarists that have strummed Les Paul guitars:

Les Paul guitars aren’t what you would call cheap, but for their level of performance and quality, they’re well worth the price.

In our opinion, the difference between the Les Paul Standard and the Traditional is too significant to ignore, except you have a big budget. Then the price difference may not be a determining factor for which guitar you get.

The Les Paul standard goes for as high as $3000 depending on what model you’re looking out for. The traditional guitar comes at a lower price, with some models selling for about $1800 and going as high as $2000.

The reason for the price difference could be the build of both guitars. While they look the same on the surface, one surpasses the other with its modern features. The standard guitar is one that is constantly innovated to offer its users a wider range of tones, while the traditional is meant to maintain the old school sound it started out within the 50s. 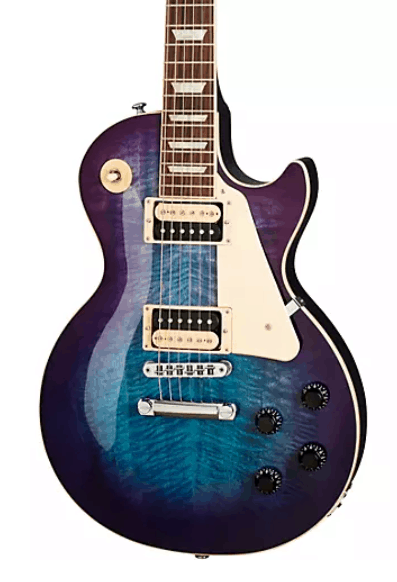 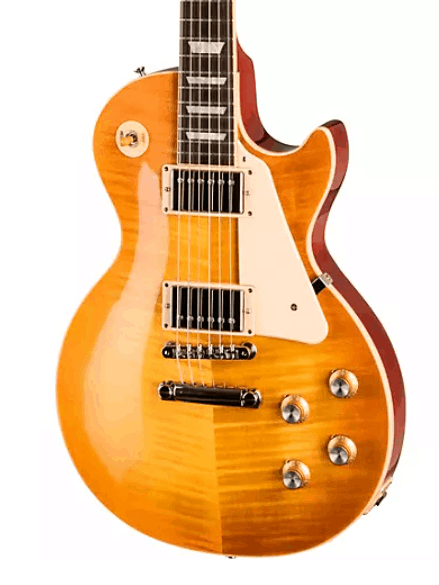 Factors to Consider When Buying a Les Paul Guitar: Traditional Vs Standard

Standard Les Paul guitars were set in the ’50s and use humbucker pickups. These types of pickups are known for their round tones and are a crucial element in most Les Paul guitars.

Since guitar pickups are replaceable and relatively cheap, the Pickup your Les Paul guitar comes with shouldn’t be one of the deciding factors for buying it. However, we advise you to keep the original pickup your guitar comes with to keep its resale value high.

It’s not uncommon for most Les Paul guitars to have a bit of cut maple at the highest point of its mahogany body. Many Les Paul devotees find guitars with a high level of blazing or wood figuring higher in value than others.

Les Paul guitars named as “Premium” or “AAA” or “in addition to” are seen as higher in value.

A notable way to spot the difference in Les guitars is to assess their neck profiles. You want to focus on how well it fits in your grasp. Les Paul guitars have two neck classifications:

One of the most important things to consider when faced with a buying decision is the value you’re getting. This is something that depends on you; hence we cannot tell you which Les Paul guitar will be of greater value between the standard and the traditional.

Gibson Lea Paul guitars come in a shocking number of varieties, and within each group of guitars is another list of varieties. Before you buy your Les Paul guitar, it would be a good idea to go through as many varieties as you can and to get a basic knowledge of what each variety is capable of.

Here we listed a few alternatives to the Les Paul electric guitar.

The Epiphone Les Paul could be considered as Gibson’s younger brother. It easily contends with some of the best guitars on the market and is often used by professionals because of the amazing sound it offers.

The pickups are the same as those on the Gibson, meaning you get to enjoy lush and dynamic sound on both guitars. Also, it uses the same tonewood as the Gibson Les Paul. Finally, they’re a lot cheaper and come in a wider variety of colors. 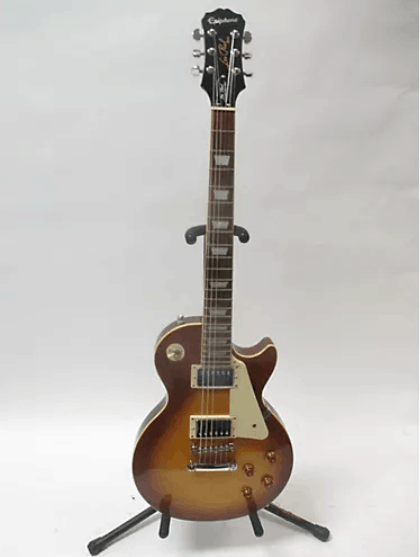 It is considered one of the best guitars for metal. ESP-LTD builds on the concepts pre-established by Les Paul with its impressive options such as EMG pickups and custom guitars. 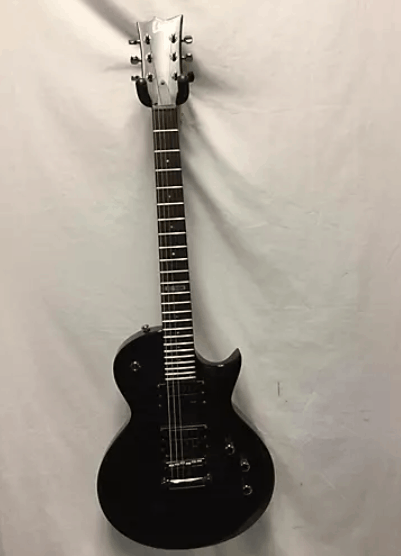 Many PRS fans will be offended to have this guitar called an alternative to anything. This is because PRS is one of the top guitar makers in the world, and like Gibson Les Paul, it is known for making excellent guitars.

Their single-cutaway guitars are a worthy rival to their Les Paul counterparts. The SE 245 is made with the same materials as the Les Paul guitar, and to an extent, sounds like them. The guitar is a good alternative for intermediate and working guitarists because of its affordability. 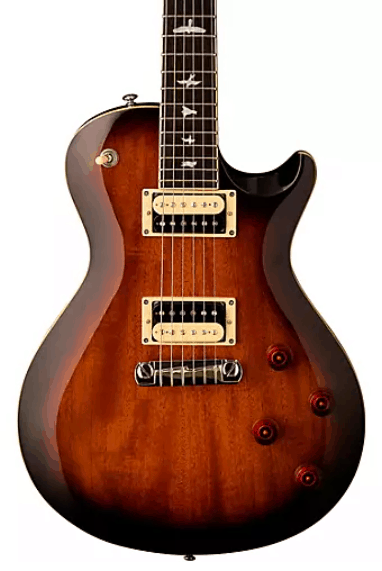 The PRS SE 245 Standard has a classic voice that is eminently recordable and gig-ready, thanks to its 245 "S" humbuckers and versatile control layout.

All Fender guitars are popular for their impressive sound quality, and the Stratocaster is not an exception. The Fender Player Stratocaster boasts of a strong low end, powerful mids, and an outstanding bell-like high end, which all contribute to its clarity in the production of successive notes. 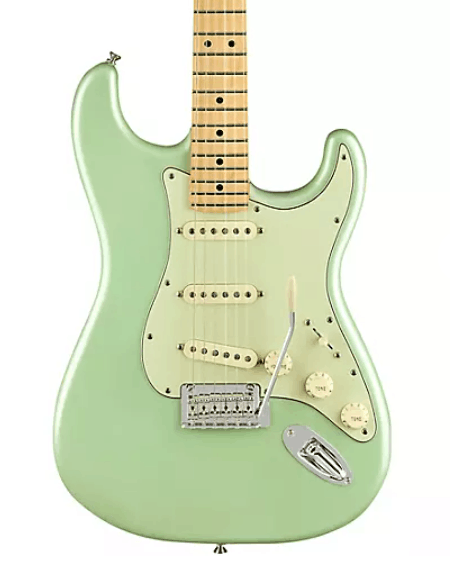 This Player Series Stratocaster puts all of the classic features of the Strat at your fingertips while adding a modern edge, including a modern neck profile, medium-jumbo frets and a freshly redesigned 2-point fulcrum vibrato bridge.

Question: What is the difference between Les Paul Standard and Classic?

Answer: Possibly one of the guitars that produce the best sound, the Gibson Les Paul is considered the most adaptable model currently. It derives its popularity from its smooth appearance and legendary outlook. The Les Paul comes in different versions with different setups for all players.

Answer: The majority of SG guitars weigh less than most Les Paul guitars. The SG has a more slender structure and does not feature the maple top that most Les Pauls have. The SG guitars are very suitable for lead guitars since their high frets are more accessible.

Our Verdict on Les Paul Traditional Vs Standard

After reviewing both guitars critically, we’ve come to a conclusion that, in our opinion, the Standard guitar is the better option.

It also comes with additional features such as weight relief, which makes the instrument feel lighter. Overall, we think if you have the money, you should consider adding it to your collection.

We would recommend the Les Paul Traditional guitar for people who can’t get over the old sound. The standard not only gives you the sound but the look it had when it first launched.

Jodie is a trained classical guitarist. She is also a full-time blogger and loves to write about different types of guitars. Just give her 60 seconds of your time, and she’ll tell you all that you need to know about any guitar of your choice.