It might be hard to believe, but not everybody needs a full guitar, all of the time. I know right? Think about it: synth users have been at it for years, especially in recording situations – do you see how diddly their rigs get? And those synth users can make those synths sound like anything they need.

To instrument-specific musicians who aren’t comfortable with keys, there are occasionally alternatives for them to have as much fun as synth players. In the case of guitarists, the alternative is the Jamstik.

If you’re not familiar with them, they’ve been out for a little bit now. They do quite a bit, so let’s get stuck in! 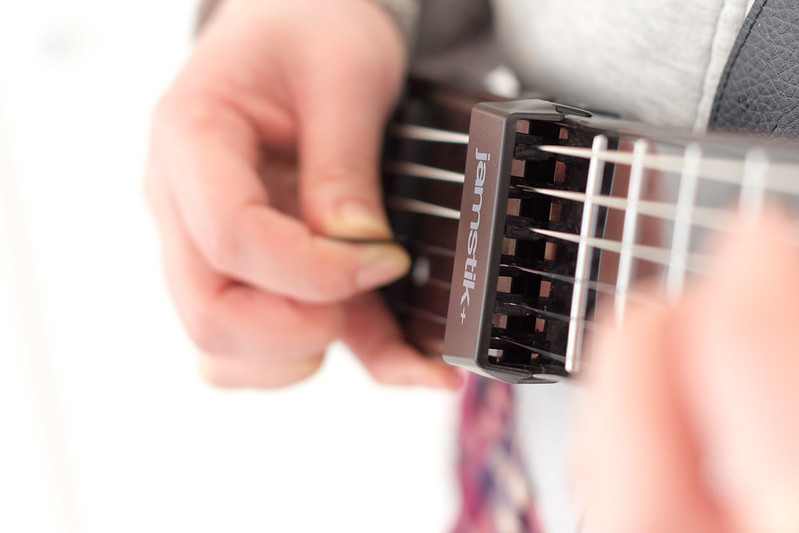 This is weird. It’s a guitar that a regular outline of specs won’t work for. OK.

The only spec that carries over from a regular guitar review is the number of frets, and that makes the Jamstik+ look small and potentially pointless! But the next section should help.

This will work well for

Studio musicians. That’s the bottom line with this. I mean, theoretically you could use it live – there’s absolutely nothing to stop you. But it’s limited number of frets and reliance on a computer operating system might require some adjustment that will kill your show.

Hmm… yes. I think. Maybe for certain things. Jamstik themselves really market it as a learning tool. Maybe I’m showing my age and that I’m an old school guitarist, but I can’t – and at this stage, probably won’t – shake the belief that guitar is best learned on a guitar. And while the Jamstik+ certainly has guitar-esque features, I couldn’t for a second consider it as a guitar.

On the other hand, I also dabble in music production, particularly light audio recording, which focuses on keeping home recording setups compact. So, in that context, I think the Jamstik+ might be an awesome piece of kit. Considering the parts used in making the Jamstik+, it really is just a quarter of a guitar neck and fingerboard, with plastic casing and rubber buttons.

I don’t normally discuss strings in the context of guitar parts, but in a clever move, breaking a string on a Jamstik is the equivalent of having to replace a part. A special instrument requires special strings, which cost $20 per set.

In saying that, I’m not sure what else one would expect from such a product. I’ve already stated this isn’t a guitar, so I think it’s more important to think of it as a piece of tech that enables music creation, rather than as a musical instrument.

As a modern piece of tech, the construction of the Jamstik+ feels like the construction of a modern piece of tech. Whereas with an actual guitar, I can chat about the likes of the neck joint and the cleanliness of the fretwork, the Jamstik+ feels closer to a smartphone or a laptop. Apart from the obvious size difference, it doesn’t feel very… “substantial” might be the word I’m looking for?

If you drop a Dean Z face-down on a road, it’ll be fine (just take my word for it); if you bash somebody over the head with a Telecaster, it’ll be fine; heck, if your Les Paul snaps its angled neck, a good luthier can repair it… and it’ll be fine.

That’s the benefit of putting something together with a selection of cut wood. A benefit is not applicable to the Jamstik+. That’s not a direct criticism: it’s just important to be mindful that this isn’t a guitar, and shouldn’t be considered as such.

By this, I mean, you don’t go around throwing your phone or laptop around? I’m not testing the Jamstik+ to see how durable it really is. For what it is, its fine, but you will need to look after this. Don’t leave it near the edge of your table or near your coffee.

Well, this is an interesting section to move on to! This doesn’t plug into my nice tube amp and doesn’t have a selection of pickup positions.

So where does its sound come from? Well, it comes from the app or browser that you’re using with it. There, you decide what instrument you want it to sound like, whether that’s a guitar of some sort, or a piano, violin, or even a drum kit! 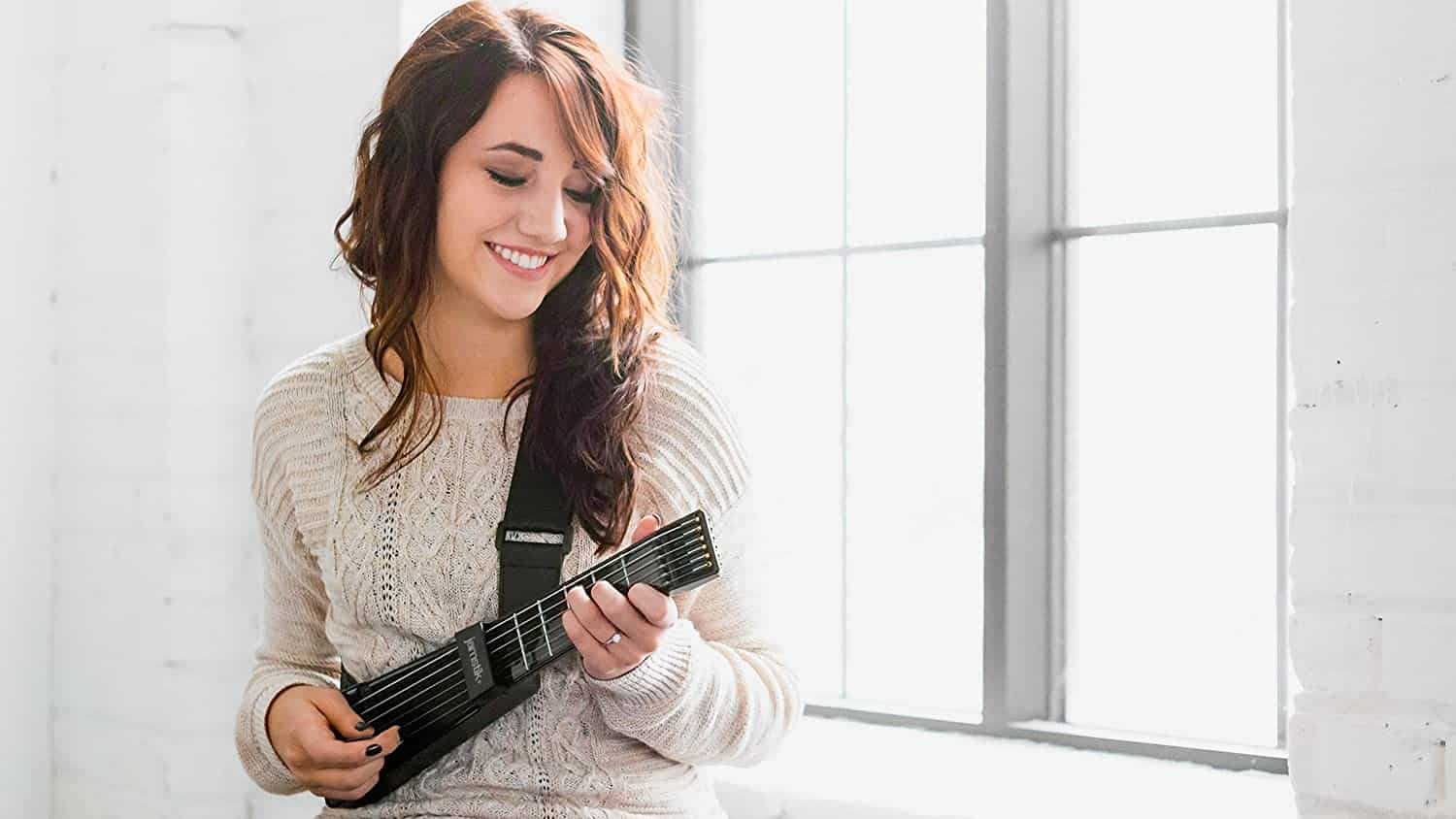 It might make it sound like a bit of a silly toy, but as mentioned earlier, if you’re a guitarist interested in music production, with ideas in your head, but without the capacity to execute them, this could be the best thing that ever happened to you.

Let’s be honest though. None of the instruments the Jamstik+ emulates are going to sound exactly like their real-world counterparts. Gibson, Fender, Steinway, and Pearl don’t have a single thing to worry about: you can’t beat a quality instrument, a well-placed mic, and a talented musician!

But, if you’re by yourself with ideas swirling around your head, it’s probably a lot easier and quicker to just use the Jamstik+ to get the general arrangement in place for a demo, rather than setting up a bunch of different instrument and mics.

Yet another tricky section to discuss. The bottom line is that to anybody with any experience of playing an actual guitar, the Jamstik+ is a challenge. For what it’s worth, that’s a very polite way of describing it. If you like to stick your chest out while staring out at an audience, you’ll need to put on your imagination glasses. 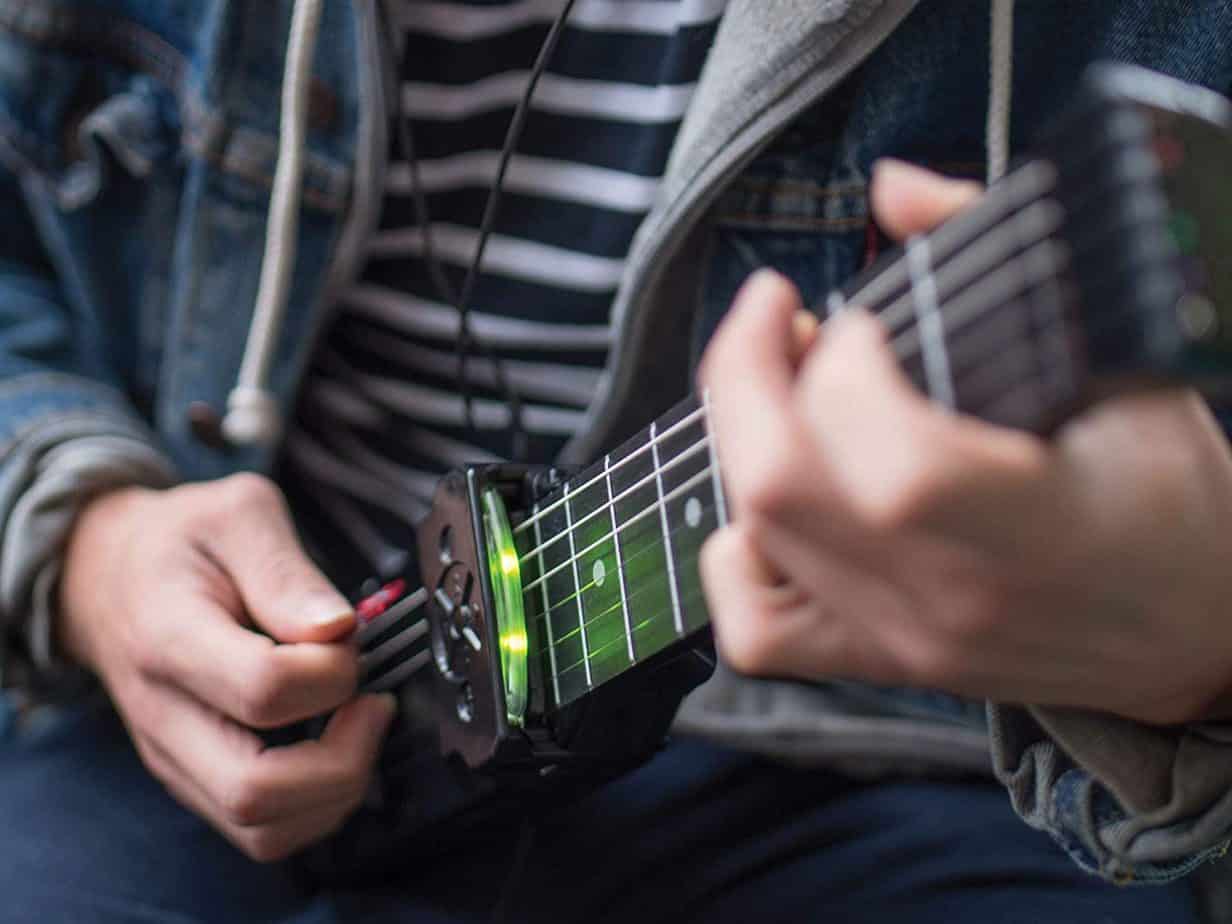 However, if you’re using the Jamstik+ for what it is – a MIDI controller – there’s probably no end to the amount of fun you can have with it. It works with all the standard DAWs, changing instruments for the next part of your arrangement is a click or a tap away… for guitarists playing with composing, you should breeze through arranging your latest hit!

If you’re worried about its tiny scale, don’t worry! Like the little keyboards, you can transpose things up or down as you need.

In this section, I’m going to focus on alternatives to the MIDI aspect of the Jamstik+ – methodology for learning guitar is so well documented elsewhere.

The idea of using guitars to generate MIDI signal is not new, and few companies are still plugging away at the idea.

Probably foremost among such companies are Roland. The so-called “Roland-ready” Stratocaster is a Fender Strat, armed with a Roland pickup that converts your usual guitar signal to MIDI. You can apply this to the GR55 unit for live performances, and/or plug it into you interface and DAW for MIDI shenanigans. 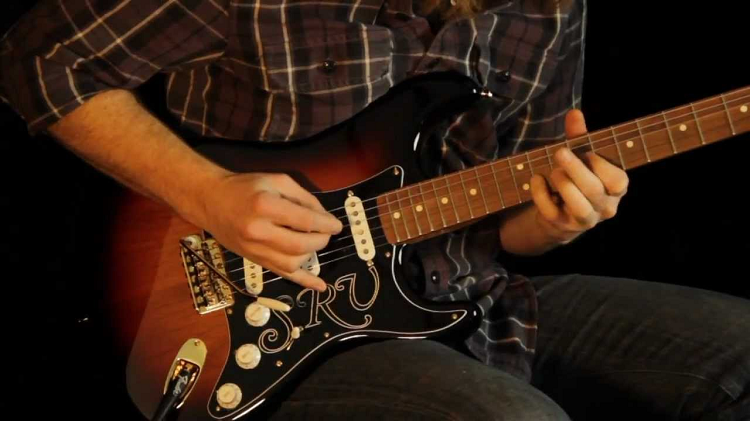 For seasoned guitarists looking to experiment, this is probably a significantly for comfortable direction to take, rather than the five fret nature of the Jamstik+.

Staying in that ballpark, for those with a higher budget, and probably more confident in what they’re doing, Godin has MIDI pickups in a range of their guitars. This includes solid rockers like xtSA, and nylon instruments like the MultiAc.

I’m a firm believer that you get what you pay for. Godin has always been good for pushing the boundaries of what a guitar should do, and when it comes to synths and MIDI, they do it as tastefully but as distinctively as they can.

If you don’t fancy splurging on a new guitar completely, you can of course just fit a MIDI pickup and controller to whatever guitar you have lying around. The permanency of such endeavors vary.

Roland again caters for this. Their GK-3 pickup can be fitted to anything, and seems as easy as pie – just put it in and take it out as you please. They also offer a kit for making a more permanent modification.

I think this is the most polarized review I’ve ever written. I always try to be balanced, but this crossed a line into polarized.

I don’t envision guitarists getting on with the Jamstik+ at all. I don’t recommend it as a learning tool, because I don’t think it’ll help guitarists understand the nuances of actual guitars. However, in terms of studio environment, I can’t praise it enough. It’s ideal for a producer whose first instrument is guitar, especially for home recording with limited space. It will definitely help flesh out the song in your head!

DO NOT WASTE YOUR MONEY!!!! Great idea but it's extremely poorly made. The blue tooth interface is maddening and tied to the app. In other words you cannot natively connect to BT. You have to hope that the app will do it. The one I bought had several frets that either did not work at all or occasionally worked.