Changing guitar strings on an electric or acoustic guitar actually isn’t too difficult of a task, but it can be very intimidating if you’ve never done it before.

Whether you’re a beginning or advanced guitarist that has never changed strings before, changing strings is a skill that be easily acquired through some simple instructions and a little bit of practice.

This guide will allow you to change guitar strings on a dreadnought style acoustic guitar, electric guitar, and bass guitar.

What you will need 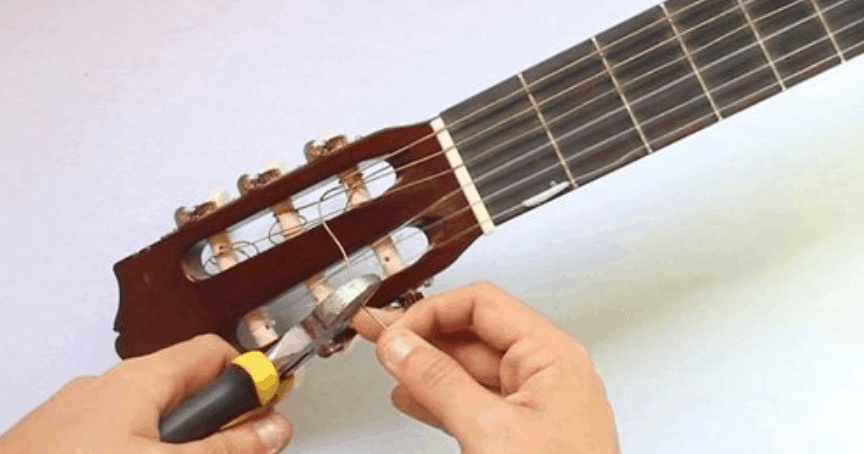 You can work on a table or not the floor, but do not ever change your classical guitar strings on your lap, as you can drop your guitar and completely destroy it. Technically, you do not need a peg winder or a guitar neck cradle to change your guitar strings, but it does make the process a lot easier.

How to Replace Guitar Strings Properly 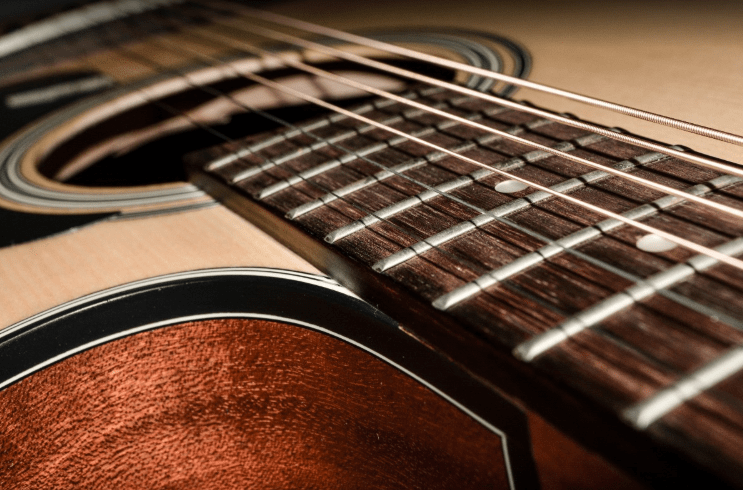 Guitar players don’t change their set of strings often enough, which causes a muddy and dull sound to be produced from an otherwise high-quality guitar. Some guitar players do only change the damaged wire (when there is one), but they don’t know how to change them the right way, which is also just as bad as not changing them often enough.

If you know how to properly change your guitar strings, you’ll help to provide your guitar with the proper care that it deserves, which will help your instrument’s quality to last a long period
of time.

You’re going to want to start your string changing journey by unwinding your strings. Start off with your high E string by loosening the tuning peg; you can use your peg winder to restring your guitar, but this isn’t necessary. A tuning peg will just help this proves to go a lot faster, but you can do this with just your hands.

I always recommend that users not completely downturn the tuning peg, because continuously doing so will wear your tuning peg down quickly, which means you’ll have to replace it because it won’t hold the tuning of your guitar strings.

Using a coin as a lever can really save your time and pain, as trying to remove the bridge pin puller with your hands can be painful; don’t ever use a pair of plyers, as the grips in the plyers can cause damage to the body of your guitar. Now that you’ve removed the string from the bridge pins, put the strings in the trash can.

When you hold the string above the nut, you’re going to want to pull at the string until there is about six inches of between the fretboard and the string. This will give you just enough slack for winding the string up with the bridge pin puller.

The slacker you leave on the string, the more time you will have to spend carefully stretching your string with the tuning pegs; the less slack you leave, the less stable your tuning is going to be throughout the life of the string.

This is the second part of your string changing where a peg string winder would be helpful! Once you have left enough slack on your string, you can begin to wind up your string with your tuning peg. Make sure that when you are winding your string, that you are doing so at a steady rate.

Watch that when you are winding the string, that when the tension starts building up, the string is sitting properly in the bridge and on the fretboard. Watch that the string is winding up o the side of the peg that is closest to the middle/center of your headstock.

Once you have wound up enough tension, you can begin to restring a guitar. I always recommend that when you’re beginning to tune your string, you only do two or three winds on the tuning peg and wait a few minutes. You want the string to get used to the new tension on it, which helps to stretch out the string. If you wind up the string too tight, it’s going to snap.

By giving the string time to breathe and stretch, you’ll help to increase the life of your strings. Once you’ve done this, bend the excess string behind the tuning peg back out of the way.

You’re going to have to keep tuning your strings over the next few days, as since they are new strings, they’re going to keep stretching out and going out of tune. This should only last two or three days, but they’re constantly going to have to be re-tuned over this time, as they will go out of tune every few minutes.

During this time, the strings are slowly stretching, until they reach their peak tension. 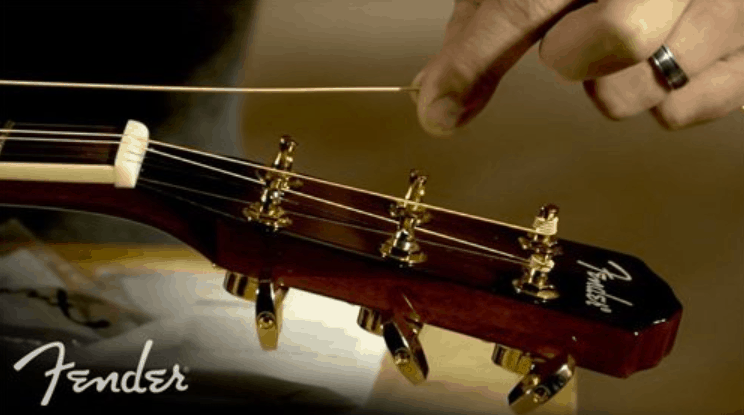 Clip off the excess strings! While the excess strings do happen to look very sloppy, they also pose a bit of a danger. These ends of the strings that are hanging off of the tuning peg are very sharp and very pointy; it’s very easy to scratch yourself up when you least expect it.

By trimming those ends to about a quart to an eighth of an inch from the tuning peg, you’re saving yourself from some tiny wounds.

Once you’ve clipped these strings, tune-up one more time and you should be all set to go!

To get the maximum amount of life out of your strings, always play your guitar with clean hands. When you’re done playing, always make sure to wipe down your set of strings with a clean cloth before you put it up or back into a case.

While it may not even seem like this is a very important step to take, doing something as little as this can really help to extend the life of your guitar strings.

FAQs About Humbucker vs Single Coil

How do I tell which guitar strings goes where?

How often should I change my strings?

This honestly just depends on how often you play your guitar. If you don’t take good care of your strings by cleaning them after every use, I would suggest that you change your strings every two months. I take good care of my strings by cleaning them after every use, so they typically last me about six months, unless I’m doing a lot of down tuning and such.

My strings break when I try to tighten them. What am I doing wrong?

You’re tightening your tuning peg too fast. When you’re re-tuning your guitar after changing the strings, you want to give the strings some time to stretch out and get used to their new tension. Walk away for a few minutes and give your tuning pegs a few more turns.

How do I clean my strings?

What happens if I can’t buy the same type of string that I normally use?

Can I reuse strings, since I’m only looking to change one string that I broke?

Technically you can, but I highly recommend that you replace all of your strings at once, especially if they’re older strings. If you mix old strings with new strings, you sound will become muddy and dull.

I just bought a new guitar but my strings won’t stay in tune. What do I do?

How do I change my strings around so that I can play left handed?