The company was started by Grover Jackson, who obtained a California-based company called Charvel’s Guitar Repair in 1978.

In 1980, Randy Rhoads collaborated with Grover Jackson and his team, and together they came up with the Concorde—a new rendition of the classic Flying V. It was then that Grover Jackson decided to rebrand the company with his own surname, because the new guitar designs differed so drastically from the original Stratocaster style designs of the Charvel guitars.

This rebranding proved to be a very good business decision in the long run.

Jackson quickly became established as a high-quality musical instruments manufacturer, especially for metal guitarists in the 1980s. Similar to Ibanez, Jackson guitars leans heavily into signature guitar series in its business model. Throughout the ‘80s, Jackson released several guitars, such as the King V, Kelly, and Dinky, which remain iconic of the Jackson brand to this day.

After Jackson’s reputation bloomed in the 1980s, the brand’s name continues to be reputable to this day and is synonymous with high-precision rock and metal musical instruments. 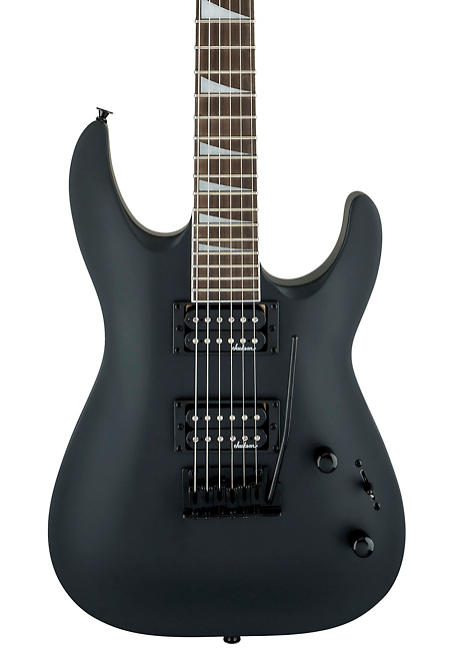 In the 1990s, Jackson began dipping into the budget guitar industry, outsourcing production of lower-end axes to various Asian countries to make them more affordable for new guitar players. In 2002, Fender purchased Jackson and operations were relocated to a factory in California, although the budget-end guitars are still being produced in other countries.

While Fender owns Jackson, the Jackson brand continues in the same fashion style as before with a focus on precision metal and rock-oriented instruments which features include are sharp design elements and fast necks that exclusively use bold humbucking pickups.

While Jackson produces many medium-high-end professional shredder guitars, this review will focus on one of the most popular—and most reputable—guitars in Jackson’s super affordable JS line, the JS22 Dinky build quality and main features. 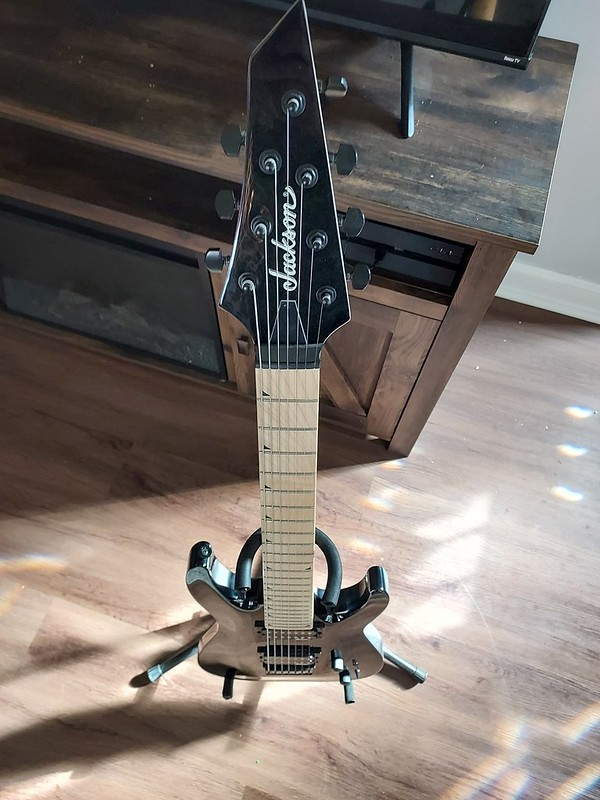 The Jackson JS22 sounds remarkably good for the super affordable price of just $200.

The humbuckers are, as we discussed above, remarkably good for it being such an affordable axe. The basswood body has a strong midrange and the bolt-on neck adds just a subtle twang and immediacy to the dynamic response. 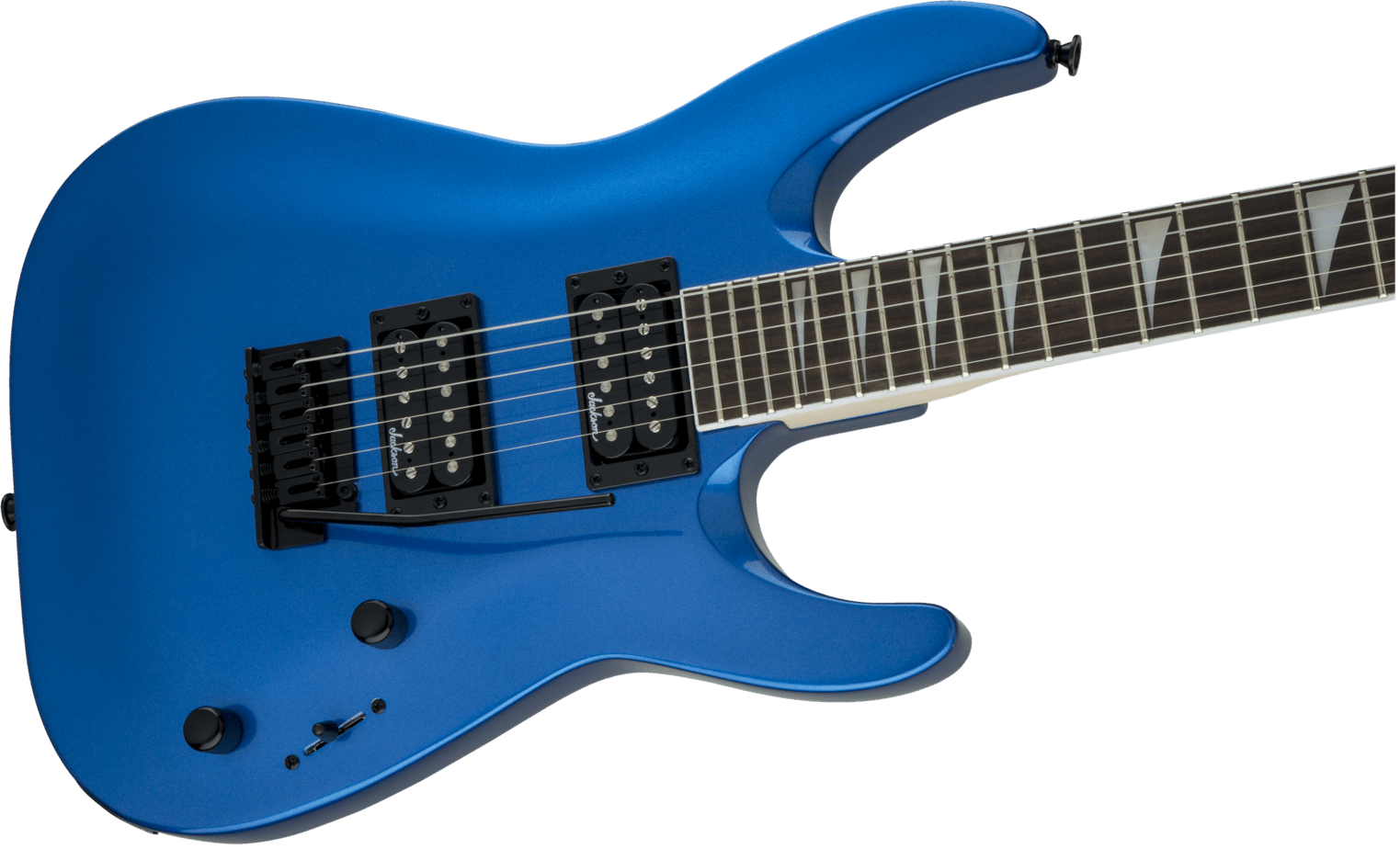 The humbuckers pick up on that tone and add a strong low-end and high-output punch with clear highs that scream with some distortion or overdrive. The neck is super quick and lends itself to shredding solos that sound awesome through a decent amp. Overall, the Jackson JS22 sounds great.

Wrapping Up – The Final Note on the JS22

The JS22 sounds fantastic feels fantastic and looks fantastic. Jackson has done wonderfully on this guitar and has provided beginners with a truly awesome guitar for such a reasonable price, just $200.

A similar competitor to this guitar is, as mentioned earlier in this article, the Mitchell MM100. The MM100 looks almost identical to the JS22, but is a ¾-size instrument. The most notable difference between these guitars that makes the JS22 superior is the pickups.

Here’s everything you need to know about the Mitchell Brand and their Guitars.

If you’re torn between the Mitchell and the Jackson, just choose the Jackson.

The only reason beginners/intermediate players to not get this guitar is if they’re interested in other genres than rock and metal, as this is admittedly not a very versatile guitar, but if it’s not your case, you can definitely improve your skill level with this guitar. It’s mostly optimized for highly distorted genres that demand a speedy neck, although it would probably be okay in some other genres as well.

If you’re already in the group of players that are interested in metal and would like to dive more into the world of guitars, this is an amazing choice.

If you’re looking for a more versatile guitar that will allow you to play across a wide variety of different genres—including both clean and distorted tones—you may be better off looking elsewhere for a less shredding-oriented guitar.

I’m very impressed with Jackson’s craftsmanship with the JS22, and I’m looking forward to seeing what they put out in the future and how their budget guitars continue to improve over the coming years! 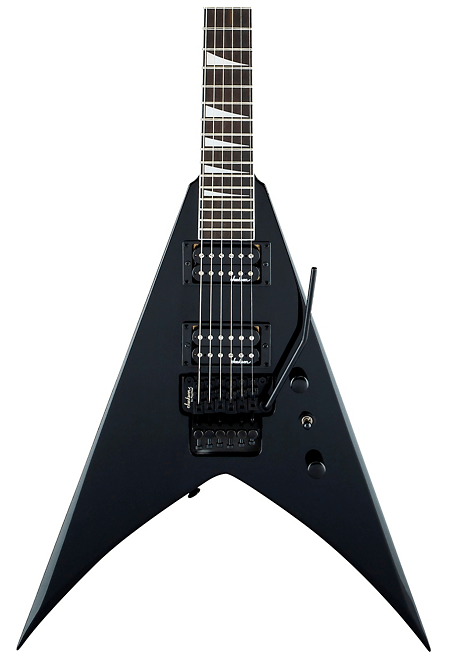 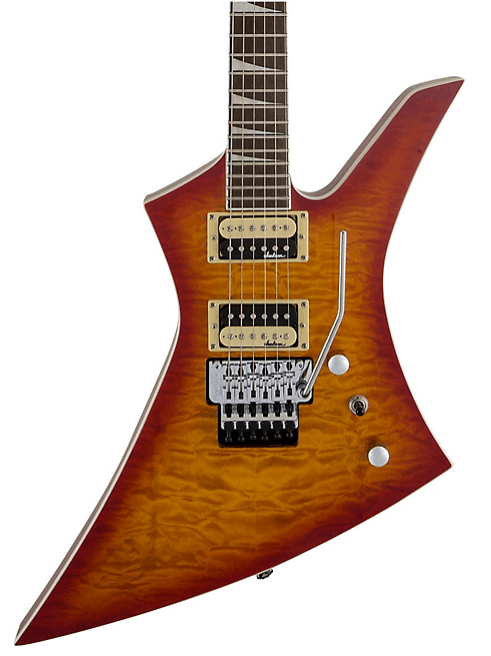 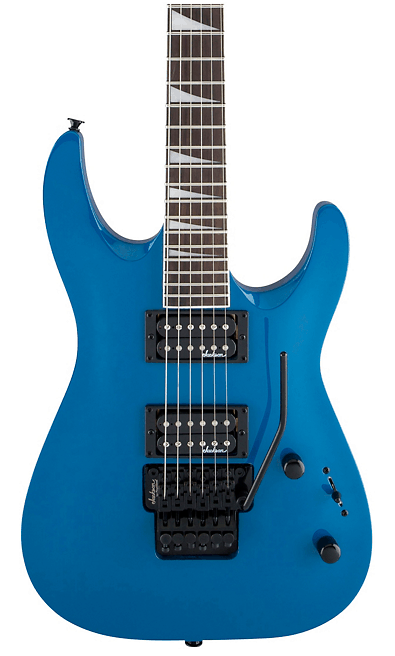 I recently bought the JS22. I really like the guitar and the feel. I am a novice and just learning to play. The one thing I noticed is that the tremolo bar seems to stick up too high like it doesn't fully go down into the mounting hole. Is this normal for the tremolo bar to stick up kind of high on this guitar?

The JS 22 and 32 line are great budget guitars, but the Jackson tuning machines on these lines are absolute garbage. They're inconsistent and unreliable. But that neck feels so nice if the frets aren't sprouting.

Great review. I recently picked one up. Last July, in fact. I am enjoying it. The neck is one the main features that stands out as well as the craftsmanship and look.