Before we get into talking about what a phaser pedal is, it’s better if you understand what the phaser effect is.

At the end of the signal, these two stages are put back together in order to create an output with both an in-phase signal and an out of phase signal.

If you happen to change up the ratio of dry to filter signal on your pedal, you can change the speed of the phase; changing the phase of the pedal is the only real control over the pedal that you have.

Down to its simplest form, the phaser is just a type of modulation effect, just like a flanger or a chorus pedal. Depending upon what type of phaser pedal you have, there are several stages that your sound will have to pass through. Digital phasers often have the ability to simulate different numbers of stages.

Now that we’ve talked about what a phaser pedal really is, let’s get into the fun part! 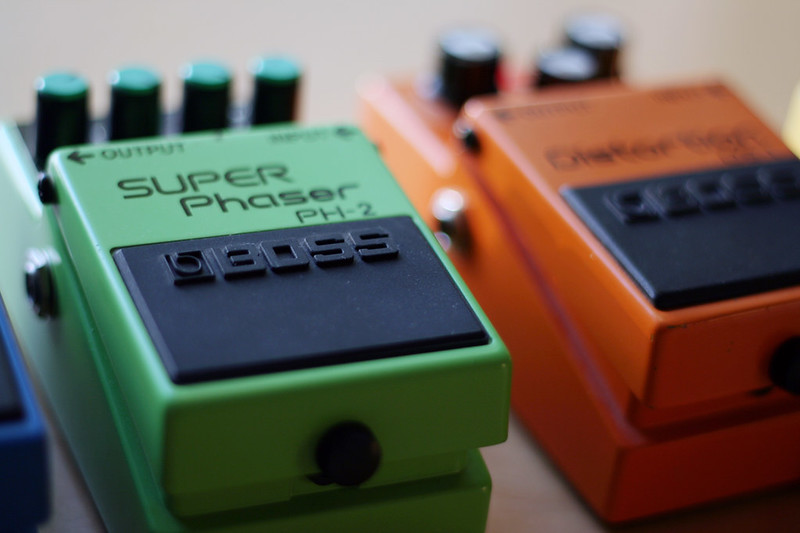 Where do you use Phaser Pedal?

The Phaser pedal is really a pedal that allows you to unleash all sorts of creativity. However, even though this is a pedal to release your creativity upon, there are some people who like to argue that there are appropriate times to use this pedal. 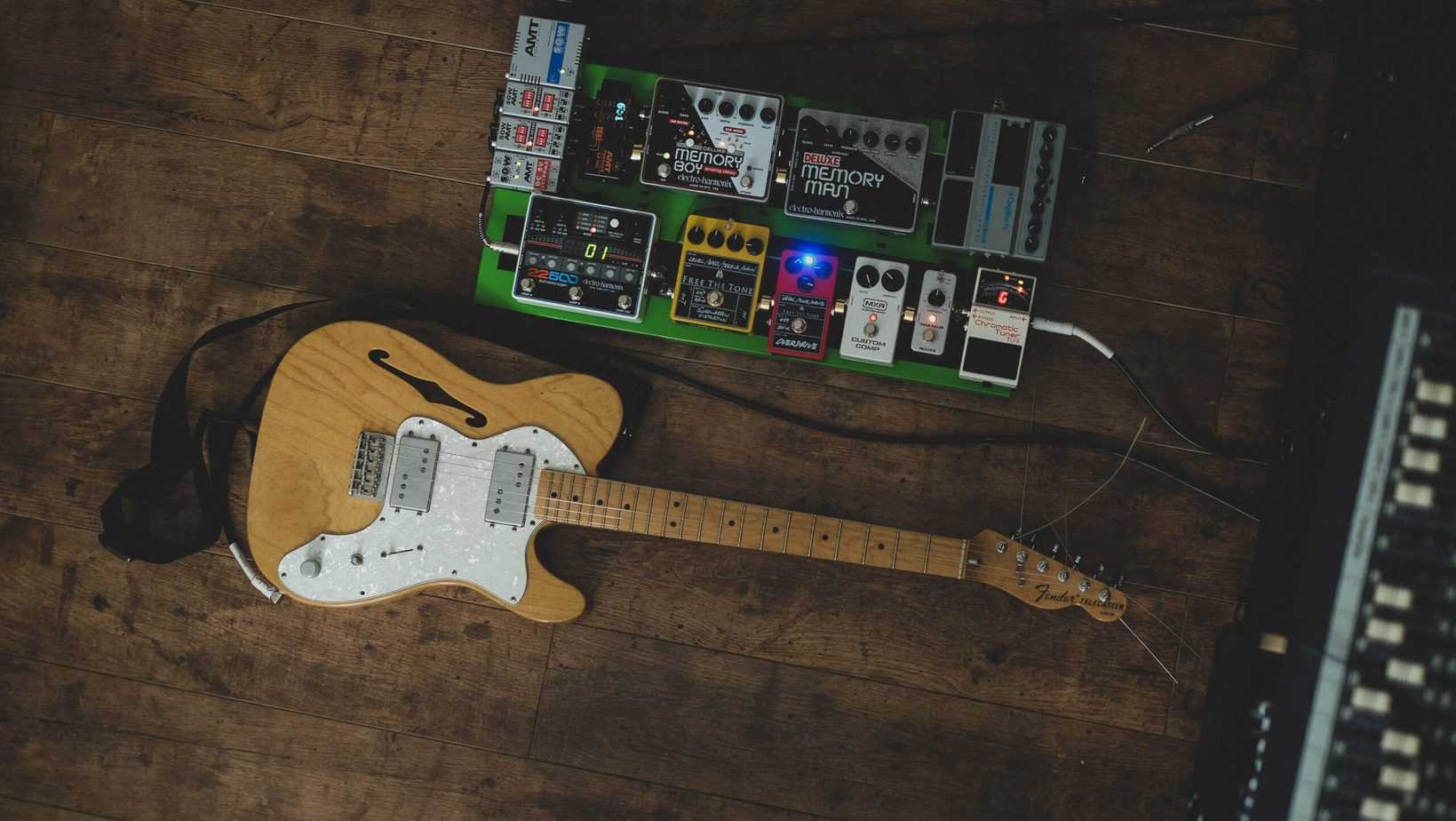 Personally, I disagree with this statement, as I believe that the phaser peal is a creativity trump card, meaning that your own creative ideas can trump any sort of conventional wisdom. But, in modern music, where do you use the phaser effect?

Basically, you can use a phaser pedal as a sort of thickening agent to make it seem like you’re playing more notes than you actually are. For example, if you’re only playing three or four notes in a chorus, you can use the phaser pedal to give your chorus/bridge more detail, giving the music you’re producing a sort of depth to it.

Phaser’s peaks can often create a type of sustain, which is also identified as a ‘chord swell’. Chord swells word better when you’re playing a song that’s a bit slower, as fast paced tempos often tend to clash with chord swells.

For adding some spice to your solos

The phaser peal can also be used to give depth to the soloing guitarist’s signal, just like you would with a boost but without any extra gain. Instead of using any sort of distortion in your solos, you can use the phaser pedal to play fewer notes, but with more emotion.

What are the best settings to use on Phaser Pedal?

If you’re a beginning user of a phaser pedal, the dials can be a little confusing. On most phaser pedals, there are:
•The speed knob
•The depth knob
•Resolution and/or feedback knob

When using these knobs, please understand that there are no real rules. Each user’s experience is different for the phaser pedal, depending on what your wants and needs are. The speed knob is the knob that will be on all phaser pedals, no matter what brand or type you end up buying. 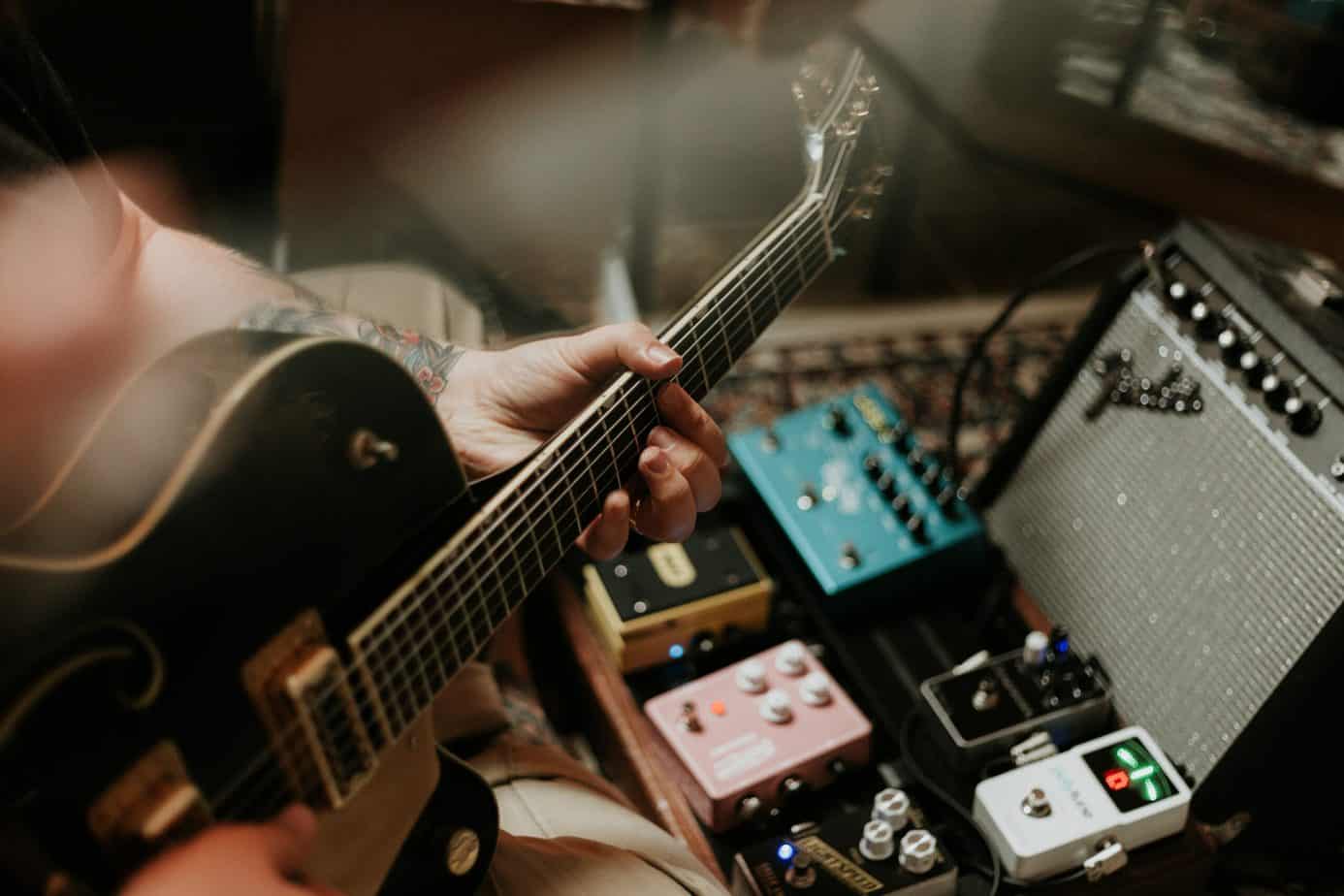 The speed knob simply controls the troughs and the peaks in the sound that you hear. Whenever you have the speed knob turned up too high (or maxed out) the sound will begin to appear to be very chaotic.

Many phaser pedals also come with a tap tempo, which allows you to click in the exact speed. You can also get your phaser’s speed to match the tempo of whatever song you’re playing. This option isn’t always possible, but if you have the choice, I would highly recommend that you choose a phaser pedal that has this option.

Some phaser pedals that are more expensive come with waveform selections as well as a wet/dry mix knob.

If you’re looking to produce a vintage sound, these settings will do you the best:
•Rate: 3
•Depth: 8
•Feedback: 0
•Stages: 4

These settings can change up, depending on what types of controls are available on your phaser pedal and what your personal preferences are.

There are many phaser pedals available on the market at all different price ranges. If you happen to end up choosing an inexpensive phaser pedal, you should be aware that you’re going to receive fewer knobs on your actual pedal.

[…] would tell you what a phaser does, but it’s more complicated than I care to admit. Some wider reading found a summary that suggests a phaser can be used mainly to add flavour to guitar solos, or do add […]