Did you grow up obsessed with Jimmy Page’s roaring tone and high-flying solos? How about Zakk Wylde’s aggressive rock tone with Ozzy? Do you go nuts over Slash’s shredding in Guns N’ Roses’ high-energy tracks? Then this review is for YOU.

What Page, Wylde, and Slash all have in common is that they were all professional mascots of one of the most legendary guitars ever created: the Les Paul.

But don’t worry; the world renowned axe isn’t only for the Greats of Shreddom.

Years after the Les Paul went on the market, Epiphone began manufacturing a Les Paul that is more affordable than the original Gibson guitar, making it available to the average person. Plus, it still packs a punch that’s something to write home about.

So, let’s dive in deeply into the Epiphone Les paul speciall II review 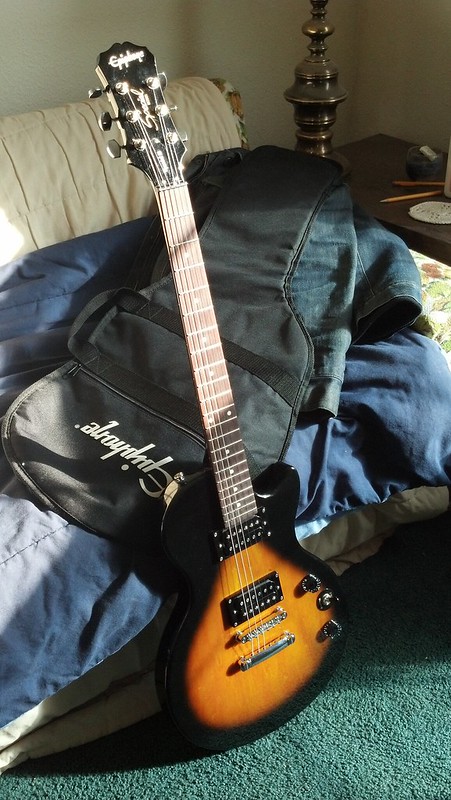 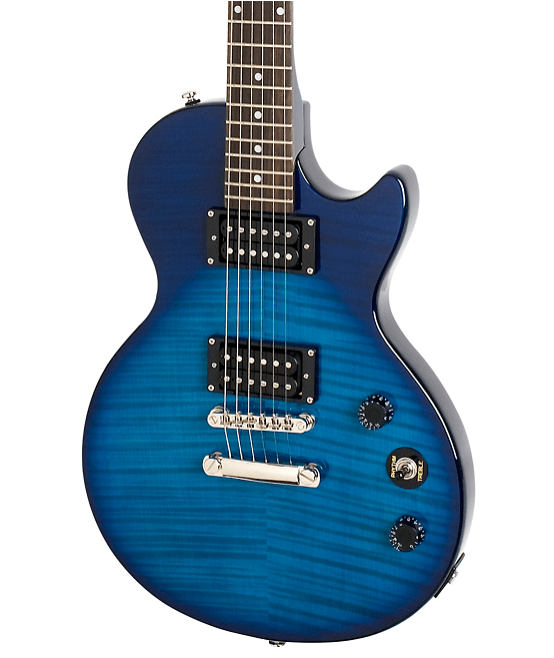 This has met the needs of countless musicians with its combination of Les Paul features, great tone and affordability.

The Epiphone legacy comes from late 19th-century Smyrna in the Ottoman Empire, which is known today as Izmir, Turkey. The founder of Epiphone, a Greek man by the name of Anastasios Stathopoulos, produced violins, lutes, and mandolins and was hugely successful.

In 1903, the Stathopoulos family moved to New York City, but when Anastasios died a dozen years later, his son, Epaminindas, took control of the company, determined to keep his father’s legacy pressing forward.

Originally known as the House of Stathopoulo, the company’s name was later changed to Epiphone, taking its origin in Epaminindas’s nickname, “Epi”.

In 1943, Epi passed away, and the company was left to his brothers, Frixo and Orphie. In 1957, Epiphone was taken over by one of its largest rival companies, Gibson. This was a monumental change that would change the trajectory of Epiphone forever.

Gibson used its acquiring of Epiphone in an incredibly effective way. While Epiphone’s original designs continued to be manufactured, Epiphone was also allowed the rights to Gibson’s design plans, which allowed Gibson to produce more affordable versions of its instruments and broaden its market reach—through the Epiphone name.

To sum up: Epiphone is not the same as Gibson, but was acquired by Gibson in the 1950s. Thanks to this acquisition, Epiphone is allowed to produce cheaper versions of famous Gibson guitars, such as the Gibson Les Paul guitar. 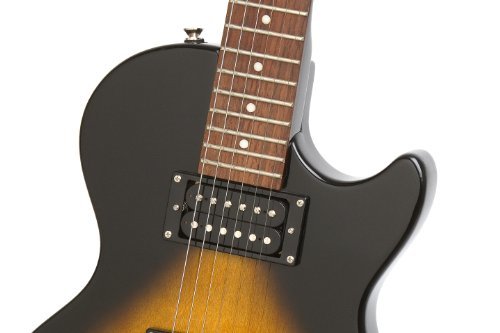 But how does it sound? 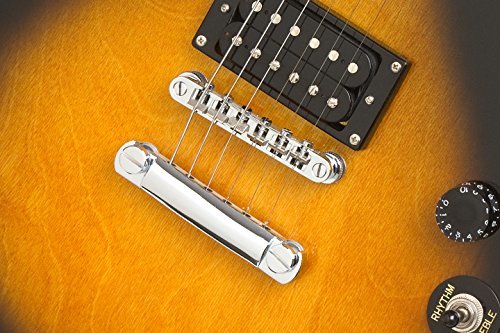 Obviously, the pickups aren’t going to be top of the line, as they’re cheaper and use ceramic magnets. Some DiMarzios or other AlNiCo humbuckers might be a good replacement if you’d like to spend a few extra bucks on your budget guitar.

As mentioned above, the stock tuners are not great and should probably be replaced, but this is a relatively quick and cheap upgrade to make that won’t cost you an arm and a leg.

The mahogany body and neck combination sounds great with the double-humbuckers and 24.75” scale length, yielding a wonderfully broad and warm tone. That said, it’s definitely optimized for blues, rock, or metal and sounds best with some distortion, overdrive, or grit added; the clean channel is not where this guitar shines.

Compared to the Gibson, the Epiphone lacks some richness and overtone response, likely due to the thinner body design and cheaper pickups. But for a budget guitar, it’s great.

Question: Is the Epiphone Les Paul II good for people with small hands?

Answer: Yes. The Epiphone LP is an excellent guitar for players with small hands and it is definitely the first choice of kids and teens who start playing for the first time. This guitar is enjoyable to play even in seated position and is easy to maneuver thanks to the lightweight and sturdy design.

Answer: The only difference between the LP Special II and the LP VE (Vintage Edition) is the material of their body. Otherwise, they have the same pickups, same mahogany neck, and same tuners.

Question: Does the Epiphone Les Paul Special II comes in a package?

Answer: No. Unlike some other guitars, the Epiphone LP comes solo, but you can purchase a guitar case, additional strings, cables and other music equipment that you would like additionally.

This has met the needs of countless musicians with its combination of Les Paul features, great tone and affordability.

While the guitar is manufactured in China and uses cheaper hardware for cost-cutting purposes, the only areas that this truly shows an issue are in visual perfection and the tuners. The quality control is lower for Epiphone guitars, so some finish issues, inlay issues, or other visual imperfections are more likely on an Epiphone than on a Gibson. 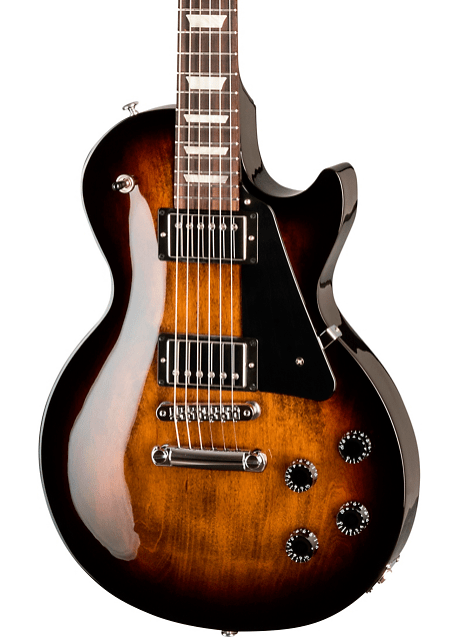 Also, as I mentioned above, the tuners are notoriously loose and would be a great thing to replace early on to save yourself a headache. A less significant note, the bridge saddles feel a bit cheap and could do well to be replaced, but it won’t make a huge difference.

The tone is great with some distortion or overdrive, and the guitar feels great in the hands, with a slim “D” shape and lightweight body.

If you’re looking to get a cheap guitar that excels in the areas of rock, blues, metal, or other distortion-heavy playing, this would be a great option for you. With overall pretty good hardware and construction for a budget guitar, and a mahogany body consistent with the original Les Paul’s design, you’ll be pleasantly surprised.

Overall, I give this guitar a rating of 4 out of 5.

I custom build guitars and recently acquired a new Epiphone Les Paul Special VE walnut body whose head had snapped off in shipping. After replacing the neck with a new black matted one, I decided to do some experimenting with parts I had on hand. I replaced the tuners with a set of Golden Age Vintage, giving the guitar not only improved tuning stability, but a true Les Paul look with the colored keystones pegs. Next I installed a set of Wilkinson Humbuckers with Alnico V magnets. And just for good measure, attached a pair of Fleour push-push 500k pots for coil splitting. Other upgrades include an improved toggle switch and a Les Paul pickguard, which required minor trimming to clear the volume control. Finally I set up a set of D'addario XL 10s. The results were stunning! From warm and mellow, to bright and singing, to down and dirty grit, this beast can do it all! With never ending sustain. I had plans to sell her, but not so sure now. And the crazy thing is anyone can do the same to their Epi Les Paul for around $200, making a good inexpensive guitar into a great inexpensive guitar! BJ. Custom Scorpion Guitars

I have 4 Gibson LP's. 1 Custom Black Beauty, 1 Gold Top Standard, 2 Standard Bursts, a quality ESP/LTD Super Strat w/stop tail, Squire Strat...and some others. But I was given an Epi Special II from a buddy. It had a bent tuner, pickups at a wonky angle, neck truss never adjusted, nobody ever set intonation, etc....it needed some TLC. But as I addressed it mechanically I became intrigued with how well it adjusted into proper form...it was a mechanically sound/decently designed axe! Over time I collected upgraded Kluson tuners, Graphtec nut, TonPros bridge, StewMac wiring harness w/ pots, switch, and output jack.....and lucked into a pair of Seymour Duncan Saturday Night Special pickups.... I had everything and set about carefully swapping the stock for quality....all in under $250 bucks.... What resulted was a killer feeling guitar with a smooth sounding 70's vibe. Think Bad Company, Aerosmith, Steve Miller, etc.... No longer a garage microphonic trainwreck sound. It emitted a sweet buttery smooth vibe that inspired my fingers to test it to the limit...and it blew me away! I thought, "this is an aberration...I just got lucky and dumped $250 into a one-off "accidentally special" Special ii. Well, I looked at another dozen or so Special ii's over the next year...and I found a couple others that "felt" right, so I chose one. Again...it was an earlier production year tobacco burst. So I searched out another pair of SD SNS pickups, repeated the hardware/internals order from StewMac, and this time took it with me to Dallas, TX while getting some other guitars serviced and had a real luthier do the upgrade. VOILA! Lightning does strike twice! The luthier was impressed and had nothing but praise. He commented, "That is the ultimate 'sleeper' guitar...." So, if you want the ultimate below the radar axe that can give a $5k guitar a run for its money....go to some pawn shops and find one of these Epi SPii's. Make sure the truss operates right, etc....just a mechanically sound foundation. Find a pair of SD Sat. Night Special pups that ohm out good (I think mine measured 8.1 on the bridge and 7.3/7.4 on the neck). Get on StewMac and get their pot/switch/output jack/capacitor kit for single volume and tone w/ 3 way switch. Find a deal on a set of Kluson 3×3 18:1 tuners, Graphtec nut made for Epi, decent TonePros bridge...and put in a couple of hours assembling using some TLC. For $350 or less including price of the Epi SPii (maybe $100...I got the second one for a song of $25 bucks...I was all in at $287 bucks on it), you can have a sneaky little killer axe that will far exceed your expectations. Some guys will criticize and question, "Why not just pay $500-$600 on a decent Epi Les Paul and be done with it?" 1st - I'll put this Special ii up against ANY stock Epi, ESP, PRS, or Ibanez, etc. clones...many late model Gibson's don't even compare...go figure? 2nd-It's a "sleeper"....this is like pulling up to the start line in an Oldsmobile with a Yenko conversion under the skin and taking down Corvettes, Mustangs, and Chargers. 3rd-It's just the idea that this is a guitar you can't buy off the shelf....if you want one, you gotta build it and put a little of yourself into it. The quality is a result of your own effort on a Spartan budget... Finally, the smirk you will develop every time you pick it up...you just gotta try it to understand the satisfaction. Simple, cheap, stripped down, no holds barred, and in a class of its own...

Very helpful review. I just purchased one new and everything your review says is right on. The tuner's have to go, and soon! Tht!