If you’re looking to crank up your electric guitar playing to eleven, a well-deployed distortion pedal is a great way to do it. It puts the fuzz on your notes and chords without disguising where you’re coming from, and you can add as much edge as you want without drastically altering your playing style.

It’s a great way to add variation without much extra effort, so grab your amps and plug in. We’ve got two O.G. distortion pedals that will make you sound like the greats with a press of a button – literally. The hardest part will be deciding which one makes the sound that best lets you unleash your beast. Read on to figure it out!

Bottom Line Up Front: But if we have to choose, we would go with the Ibanez Tube Screamer here, purely for its slight edge of versatility. 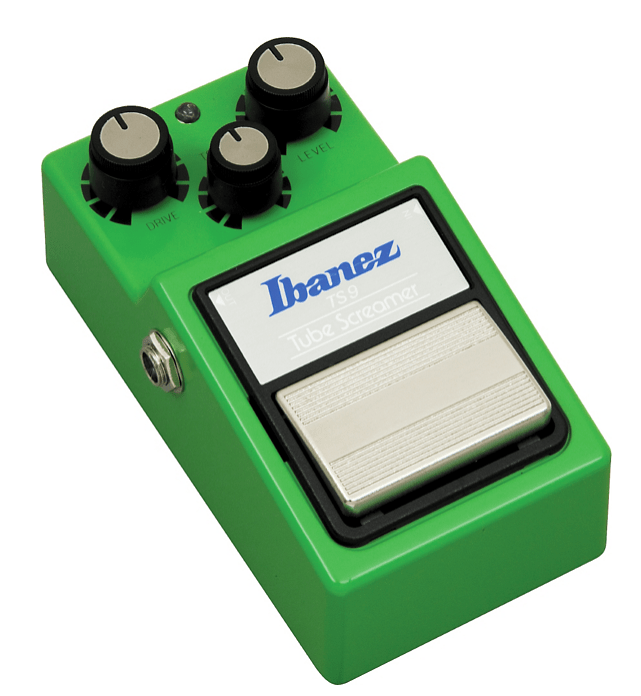 What is a distortion pedal?

To know what you want in a pedal, you have to know how they work, so we’re going to give you a primer. There is a lot of variation that goes beyond the two pedals we’ll be reviewing today, so if you want to learn more, look around on here or any other guitar playing forum and you’ll get all the answers you need.

First of all, we’ve got to get into a little bit of science – physics, to be exact. Distortion is an audio phenomenon that means any significant variation on the direct signal of note to noise that comes through the vibrations an instrument makes. “Significant” is a subjective measure, of course, but for guitar pedals, the variation is not so much a bending of the tone itself as a crunching of the audio waves.

Picture each pluck of a guitar string producing an up and down wave with rounded shapes that crest and bottom out at the same ratio. These naturally forming waves and troughs exceed the threshold of the device that is broadcasting them into the air, so the first step in distortion is called clipping.

This means the tops and bottoms of the waves are pushed down into the threshold zone of the device. The way this is done is called clipping, and the method of clipping determines the type of distortion.

Soft clipping is a way of suppressing the signal so that the rounded peaks and valleys of the signals are preserved. This doesn’t make a largely noticeable change in the sound, especially if played at a soft level.

But hard clipping is a variation that chops off the tops and bottoms of the sound waves, which means the climbs and drops of the tone are more abrupt. This is what makes the “crunchy” sound many distortion pedals are famed for displaying, and it’s achieved by the distortion device playing the same tone as the instrument at a higher frequency (true bypass). Fiddling more with math and pitches distorts the original sound wave still more, so the original tone gets fuzzier in specific ways that are programmed into the distortion pedal.

One variation of this range of possibilities is called overdrive. You’ve probably heard that term before and might have even used it yourself already – but what does it actually mean?

Overdrive is one of the most common forms of distortion. That means it adds gain, or increases the volume, to specific parts of the instrument’s output at mathematical intervals. It works by using soft clipping, which means it keeps the shape of the soundwaves in tact, and the overall tone of the notes stay basically the same as they travel from the instrument to the distortion pedal.

The name of the effect comes from the use of volume variation that “overdrives” the soundwaves in sync, so you have to play at a louder volume to hear the true effect. Overdrive pedals are grouped with distortion effects but offer a warmer sound than hard clipped variations, such as grunge and heavy metal effects.

Overdrive is commonly used in blues and other music that wants an extra emphasis without taking the showcase away from the music note tones themselves.

The effect of overdrive was invented when tube amplifiers (tube amp) were how guitarists got their music to the audience through the drums and horns that were plentiful in popular music at the time.

Guitarists found that when they increased voltage gain and that would, you guessed it, overdrive the original broadcasted sound via amp. Once most amp didn’t depend on tubes anymore, players who liked the overdrive sound developed effects pedals that could replicate it through whatever amp they wanted to use.

The Ibanez Tube Screamer and the Boss BD-2 Blues Driver are two pedals that we’re looking at today. They’re both established brands with sterling reputations, so we’re going to get into the details of how each pedal handles, sounds, and costs. We’ll give you our verdict, but don’t be afraid to try them both for your own best sound.

What are the technical specifications of the Ibanez Tube Screamer and the Boss BD-2 Blues Driver pedals?

What are the advantages of the Ibanez Tube Screamer?

What are the disadvantages of the Ibanez Turbo Tube Screamer?

What are the advantages of the Boss BD-2 Blues Driver? 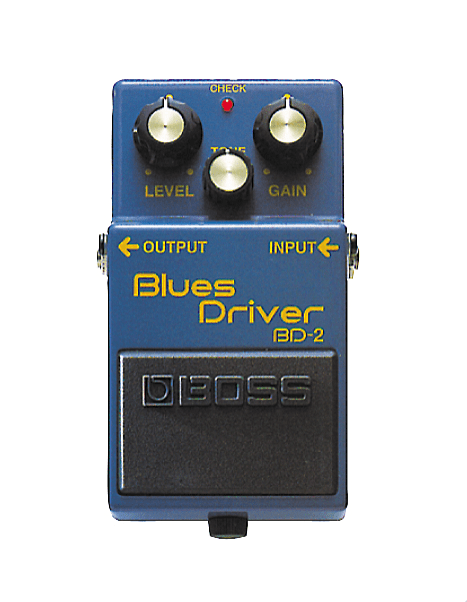 The Boss BD-2 Blues Driver Pedal gives you the classic, bluesy sound of an overdriven vintage tube amp in a compact pedal.

What are the disadvantages of the Boss BD-2 Blues Driver?

When you compare them head to head, you really can’t lose with either the Ibanez Tube Screamer or Boss BD-2 Blues Driver. Both are classic overdrive effects pedals simple enough for any level of player to use, while giving performances strong enough for the greats as varied as Stevie Ray Vaughan and the Edge.

Bottom Line: But if we have to choose, we would go with the Ibanez Tube Screamer here, purely for its slight edge of versatility.

It’s a little more expensive and a touch less friendly with other effects, but it’s the best overdrive sound and playing experience we’ve had the pleasure to test out. But don’t worry if you still can’t decide between these two – they’re truly both classics, so your best chance at a final decision is to try them out for yourself.