The Top 2×12 Speaker Cabinets for Guitar Players Who Want to Rock!

Although guitar cabinets are generally made by manufacturers to be paired with a specific amp head they’ve created, the option to mix and match is always there, and part of the fun.

It’s fair to say that one or two 4×12 half-stacks are the most synonymous amp setup with rock guitarists. Sure, that looks cool, but for the vast majority of players, that’s just excessive. In studios and on big stages, only one of those four to eight speakers is going to get miced
up anyway.

2×12 speaker configurations are a popular choice for the vast majority of players. They’re bigger than a combo, not as obnoxious or excessive as a half-stack, and have the versatility of being able to take whatever amp head you want.

Let’s look at some options. 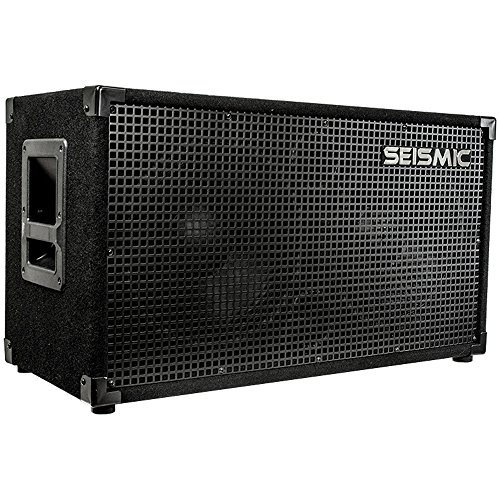 I came across Seismic Audio some time ago, and I love their approach to music equipment in general, but especially their guitar cabs.

They mostly sell unloaded cabinets, aimed at happy shed bodgerers to create their wildest amplifying desires; This is actually the only one they sell that includes speakers. It so basic and simple, they haven’t even bothered to give it a fancy name or product number or code.

Seismic Audio’s approach is very much: keep it cheap. And, as I always say, you get what you pay for.

Ordinarily, the first thing you look at in a cab is the speakers. These are unbranded. Mmm… make of that what you will. I think it enforces my last point.

I’ve made that all sound really grim! But don’t get me wrong: this is a great cab, solidly built, and ideal for those on a budget. I’d imagine its main market would be those on a budget, who are likely coupling it with a solid state, or maybe the hybrid head.

It’ll work just fine, but don’t expect any classic tones from it. If you’re experimenting with a head/combo rig, it might be useful to have around or to get a feel for the logistics of gigging with it before committing to the monies of a better-known brand.

As you can see, it’s not going to win any prizes for aesthetics either. This is really about literally being a straight up 2×12 cabinet.

As I always say when writing anything that requires listing amp brands, it’s probably illegal to exclude Marshall, so let’s just get it out of the way!

A brand like Marshall will have a large number of cabs available, and this is their cheaper one. They tout it as being suitable for any kind of a head. Specifying their own ones of course!

The reason this costs a little more than the Seismic Audio cab we just looked at, is the inclusion of Celestion speakers. No more than with guitars, I feel like it’s a good thing when manufacturers are able to take a step back and say “Actually, this will work better if we get a company who specializes in making this part to do it.”

Either that or buying in such speakers works out cheaper than manufacturing them themselves, even when they’re branded like Celestion.

And the reason it’s not as expensive as some of the cabs we’re about to see is that in the realms of speakers, these aren’t Celestion’s most pristine offering, and these cabs are made in the east. The latter point, in particular, will have a big impact on the production costs.

It’s hard to know how much of an Eastern-made piece of gear is actual production, and how much is the brand name that’s put on it.

While this cab will certainly handle any type of head, I feel like it would be favored by hard rocking guitarists. Maybe some blues rock, but it’s definitely not metal enough for… well, metal. 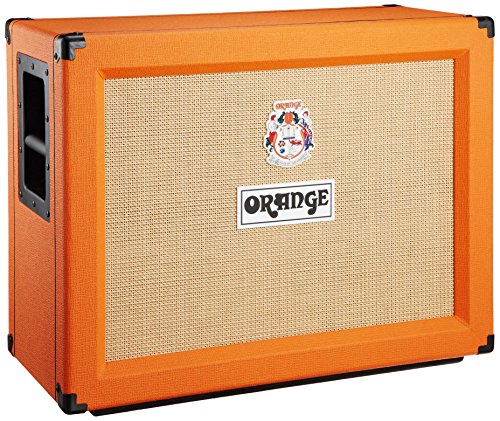 With a cab this size and speaker configuration, they’re very much aiming it at their higher end – e.g., expensive – heads, and I guess that’s reflected in the price. It seems a bit silly to get a high-end cab like this if it’s going to be paired with a head that’ll sound nasty through
literally anything.

With this in mind, it’s important to note that this is made by Orange themselves in the United Kingdom. That’s a big factor in why it costs a little bit more than the cabs we’ve already
looked at.

Like the Marshall, the Orange cab uses Celestion speakers. No more than the country of manufacture, the Celestions used here are Vintage 30s – a little bit higher in the quality spectrum than what’s in the Marshall.

You can play whatever amp you want through this cabinet, but it’s important to be realistic that something with tubes will do it the most justice. 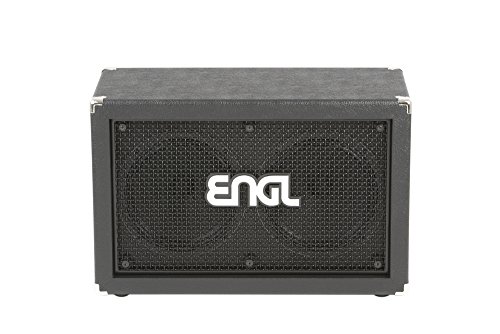 My lasting memory of the Engl brand will always be the time I played through a friend’s Engl 50 watt combo.

It can only be described as a brutal savage, in the most glorious of ways!

That brief experience aside, Engl is a higher end of amp manufacturer, based in Germany. That alone gives some clues as to the direction their equipment takes: proudly made in Germany, utilizing the precision and engineering that Germany is renowned for, for heavy music that is also pretty easy to associate with the country.

This is a stereo cab so that you can have a little bit more fun with that. As with the Orange, this comes loaded with Celestion Vintage 30 speakers. In contrast to the Orange, however, is the voicing that these speakers have been made to deliver.

This isn’t really for your crunchy blues-rock. This is very much for hard rock and metal players. This one is meant to be played loud, and played dirty.

It also weighs in at over 72 lbs. This is not a light amp, and you will need some upper body strength for bringing it around to gigs. 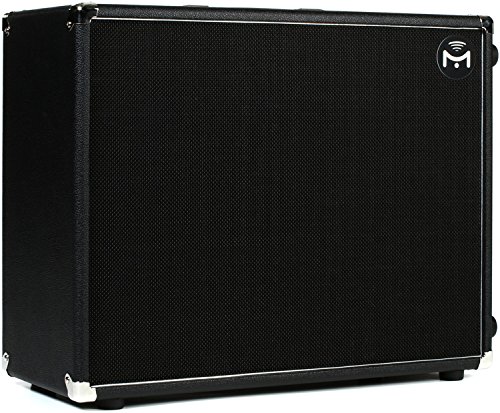 I’m generally suspicious towards the most expensive item in a listicle. I’m like “Sure, you cost all of the money, but what are you really offering?”

In the case of the Gemini II from Mission Engineering, it’s actually quite a bit. Do I think it’s worth all the money? Well…

Mission Engineering is a US-based company with all the R&D and electronics being built in California, with the amps themselves being built in Missouri. I’ve spent this list bleating on about the speakers encased in each amp. In this case, they’re not flagging any particular brand, so I’m assuming they’ve made them themselves.

Quite frankly, at this price, I’d hope they’ve made them themselves. The speakers operate in stereo.

That’s all very well, but those factors aren’t the reason this cabinet costs so much. Nope. This cab is allegedly the first in the world to incorporate Bluetooth and USB technology. This isn’t just an amp – this is high-tech witchcraft!

So, what are you supposed to do with these things? The Bluetooth is intended to connect to smartphones and tablets, I guess for using the likes of IK Multimedia’s Amplitude app to create the amp sound you want to then be projected through the cab. The USB is likely to be used for achieving a similar thing but through a hardwire.

I get the idea, but I honestly don’t see a massive market for it. Obviously, there’s enough demand for Mission to keep making them, but it’s a lot of money for what it does. It’s an expensive cab to run an amp through rather than a nice tube head.

So there we have it. If you’ve been thinking about getting a new 2×12 cabinet for your rig, either in upsizing from a combo, or downsizing from a half-stack, this list should equip you with some information to point you in the right direction for your research.

Obviously, there are plenty of other options available. If you have the patience and money, you can, of course, get custom made models, in whatever specs you need, and any finish at all that you might like.

If you enjoy tinkering with electronics, you can also buy unloaded cabinets, without any speakers at all in them, get whatever combination of speaker you like, and fit them yourself, and finish the cab however you like.

As ever with guitar gear, if you’re going to buy a cab from a store, try as many as possible first.

The Best Guitar Amps with Bluetooth On The Market

Nanoweb vs Polyweb Guitar Strings: Which Works Best for You?

12 Best Guitar Stands for Stage or Personal Use [2019 Edition]

The Best P90 Pickups For Your Guitar!

It was a good article and was helpful because I’m needing a good 2×12 cabinet. I’m mostly interested in the Engl and Orange cabs.