Yamaha is well known around the world for producing quite a variety of different products, from guitars to motorcycles, pianos to robots.

But with its roots in the music industry, don’t be fooled by the Yamaha Corporation’s broad portfolio; music was the company’s stomping ground and remains a prime focal point to
this day.

The company, which was originally named Nippon Gakki Company, Ltd., was founded in 1887 by Torakusu Yamaha and was a leading manufacturer of pianos and organs. It wasn’t until after World War II that the company began producing motorcycles, which, proving to be very successful, prompted the creation of Yamaha Motor Co., Ltd.

Over the years, Yamaha has grown to be one of the leading producers of all sorts of musical instruments, including guitars, basses, pianos, drums, a variety of woodwinds, synthesizers, and more. Always a proponent of musical education, Yamaha started the

Yamaha Music Foundation in 1966 with the intent to support the teaching of music around the world.

Yamaha makes guitars for a broad range of prices, from professional-quality instruments that cost well over $1,000 to -level budget instruments for the interested hobbyist. The Pacifica 112V is an example of the latter, as a surprisingly enjoyable budget guitar that rivals the Squier Bullet. Read on to learn more about the Yamaha Pacifica PAC112V! 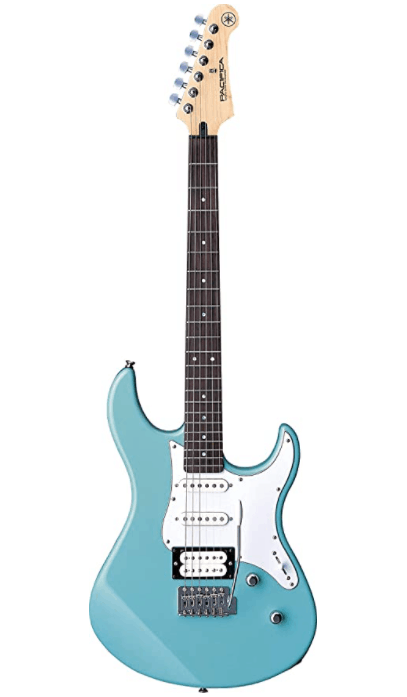 First launched in 1990, the Pacifica series was driven by the California session scene where versatility, performance and individuality were key. If you have a little extra $ for a premium (but still budget) upgrade, this is the one! Plenty of color combos too.

Buy at Amazon.com Check availability on Reverb
We earn a commission if you click this link and make a purchase at no additional cost to you.

About the Yamaha Pacifica 112V

Just take one look at the Pacifica PAC112V (we’ll just call it the 112 from now on) and it’s instantly recognizable where the designers got their inspiration for the body shape: the Fender Stratocaster. But despite its similarity, there are still some notable differences.

The Pacifica line of electric guitars was launched in 1990 and was designed primarily by Rich Lasner, who was Yamaha USA’s Senior Guitar Designer until the mid-1990s. Lasner had previously worked for Ibanez and designed the Pacifica line as sort of an extension of his work for Ibanez.

Unlike many budget guitars in the early ‘90s, the Pacifica guitars line were carved out of single pieces of wood, the Yamaha PAC112v in particular being made of alder. Thanks for that generous contribution to the budget guitar world, Rich. 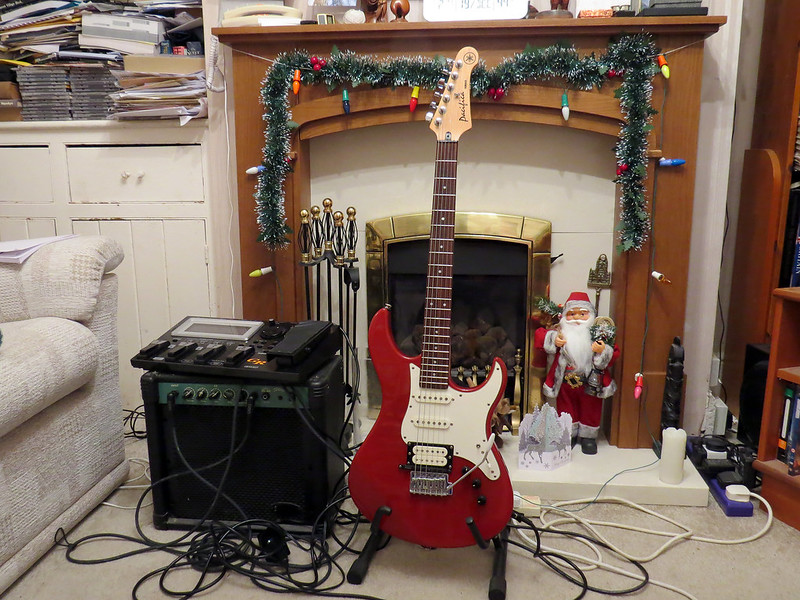 Let’s get into some specs! 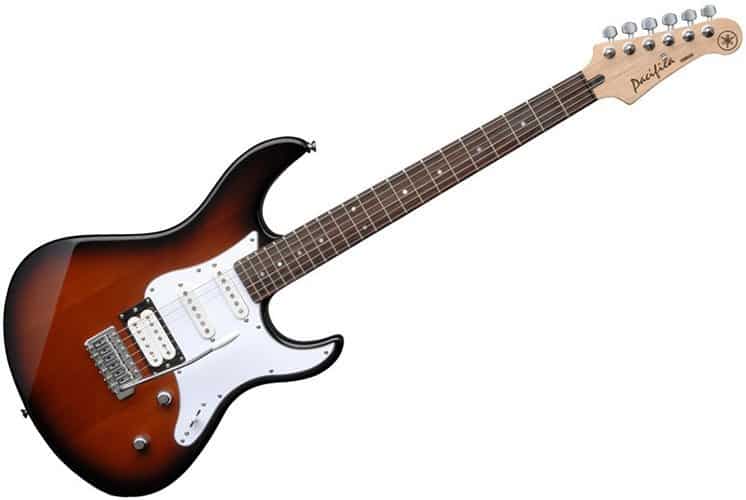 How does it sound?

Overall, the Yamaha Pacifica 112V sounds pretty good, although it’s not great. Unless the humbucker pickup is selected, there is a noticeable amount of buzz. That said, other than the buzz, the single coils are pretty nice, with a thick mid-range and quick dynamic response.

Yamaha’s decision to upgrade the 112 to Alnico V pickups was a great idea, and it shows. The pickups all around have a good amount of punch, but do tend to sound a bit thin with less thickness of overtone response than other guitars. The tremolo bar is a nice addition, but it should be used fairly delicately.

If you’re constantly slamming massive bends, you will inevitably have pretty major tuning frustrations. The Yamaha PAC112v is designed intentionally to be somewhere in between vintage and modern styles. While it certainly doesn’t look or sound reminiscent of an old-school, classic guitar, it also isn’t a super modern thin-necked axe with loaded active pickups. But what it lacks in this department, it makes up for in versatility—which is really this guitar’s middle name.

This may not be the perfect guitar for an old-school twang or shimmery Fender tone, but it can be played across a variety of genres—and well.

First launched in 1990, the Pacifica series was driven by the California session scene where versatility, performance and individuality were key. If you have a little extra $ for a premium (but still budget) upgrade, this is the one! Plenty of color combos too.

Buy at Amazon.com Check availability on Reverb
We earn a commission if you click this link and make a purchase at no additional cost to you.

The construction of this guitar is such that if taken care of, it can last for life. It’s overall a good electric guitar for the price and is best for novice players looking to expand their skill sets. The guitar feels nice in the hands and the neck is fast and smooth.

The hardware overall exceeds the “you get what you pay for” cliché, with the exception of the tremolo bar, which has some room for improvement. The tuners are pretty decent, the bridge saddles feel solid, and the knobs are great.

When all’s said and done, the Pacifica 112V is not too different from a Squier Strat; it’s similar in body shape, uses alder and maple tonewoods, has a scale length of 25.5”, and has a tremolo bar. The main thing that makes the 112 different than a Strat is simply the humbucker pickup with coil-splitting.

If you’re not too keen on using a humbucker, I would recommend to just go with a Squier Strat for similar price range and quality. But if you definitely want the humbucker sound—and even more so if you’re interested in the options that coil-splitting offers—stop in a music shop and give the 112 a try. You may just love it.

For more options or alternative Pacifica guitars to try, check out my round-up of the Top 11 Electric Guitars for Beginners! 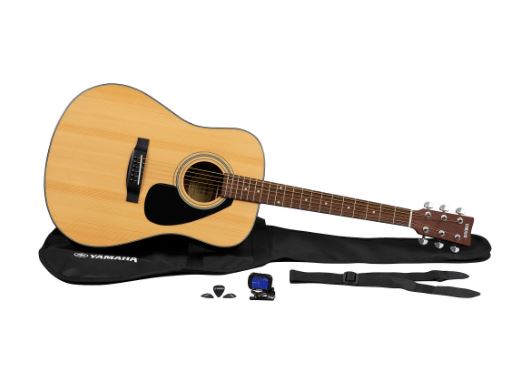 The Yamaha GigMaker Guitar Package is built around the F325D acoustic guitar with die-cast chrome tuners and a spruce top. 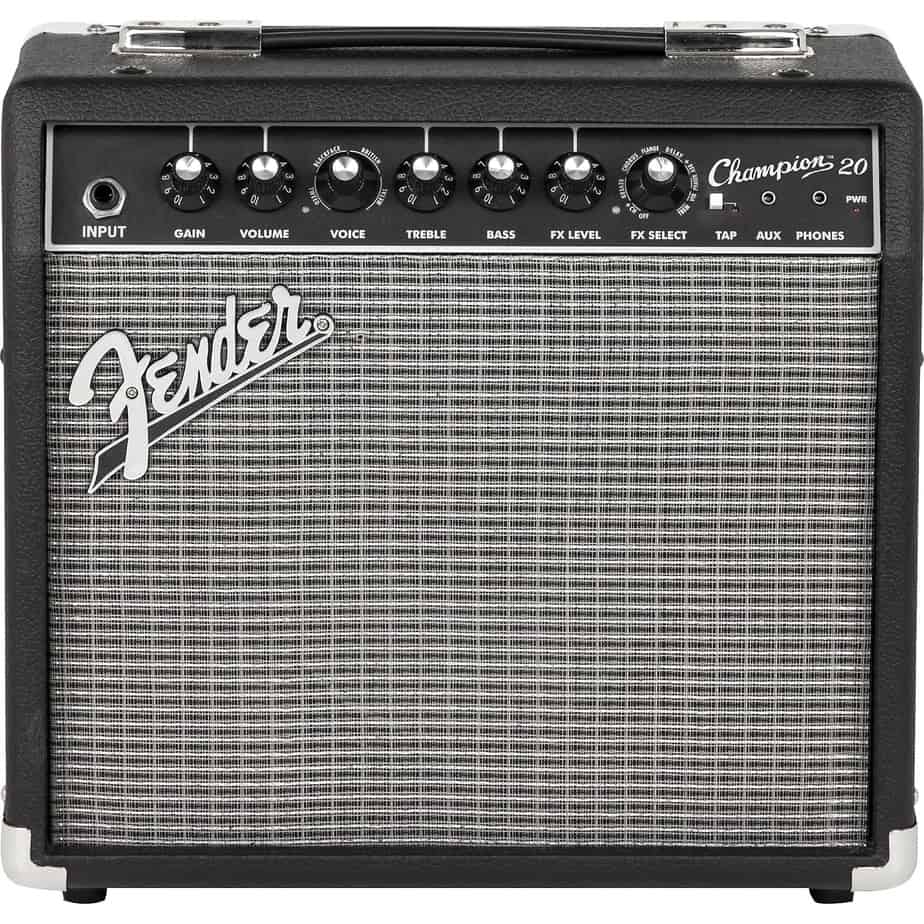 The 20W Champion 20 features a single 8" Special Design speaker, with great amp voices and effects that make it easy to dial up just the right sound - from jazz to country, blues to metal and more. 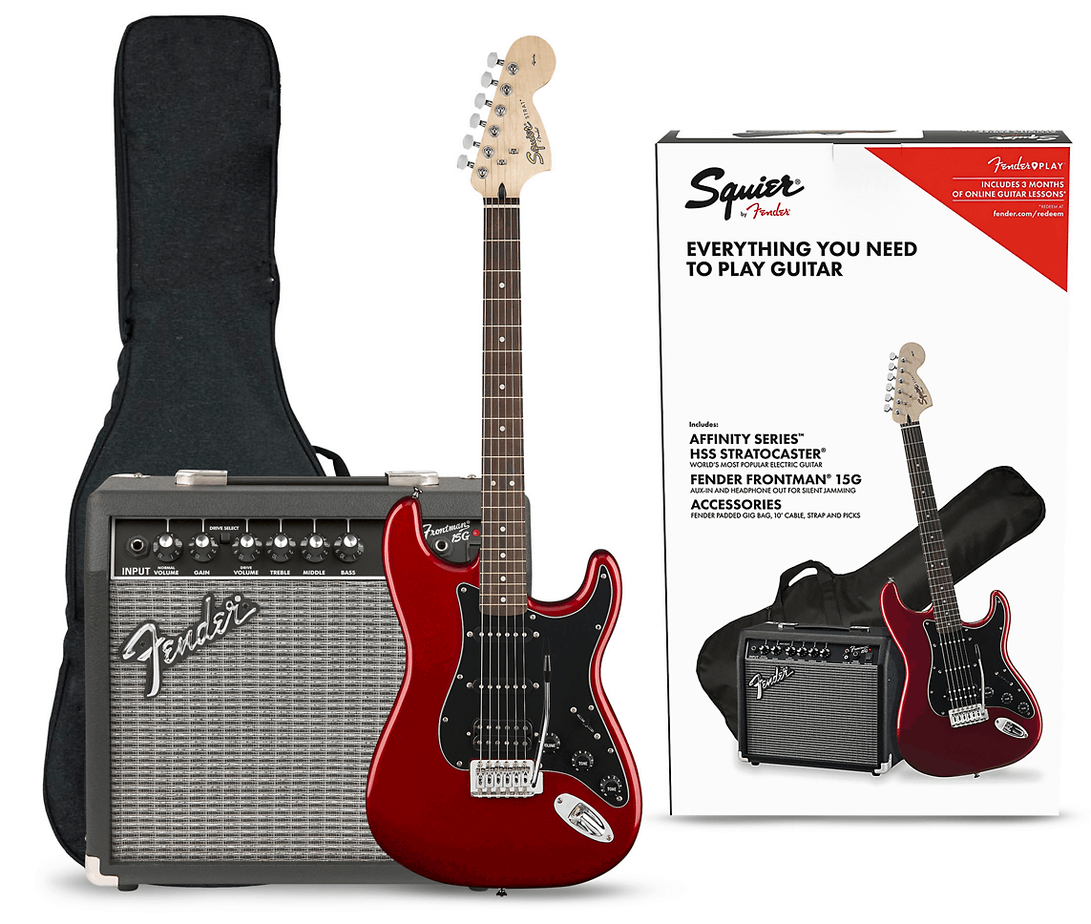 The Squier Affinity Strat Pack includes everything you need to start rocking right out of the box.

Have a much older PAC 712.Has a real wide neck.

Never had any humm at all on my 112 v. Don't let the comments about it humming keep you from buying this guitar.

As a long time professional, I was surprised at the playability of the 112J model. The sound was no slouch either and at its price point, I decided to purchase it. I'm usually a one guitar person in each of the electric and acoustic categories but this axe made me break my tradition. I'd always wanted a Strat but couldn't justify the price but this model gave me an excuse and I'm thrilled I got it. Because the cost was so low, I decided to improve certain areas to bolster performance even further. This is a great experiment.