Danny Trent
Danny grew up playing anything that looked like a guitar. Since some kids just don't know how to grow up, he continues to write about guitars because you can do that these days.

Roland Sherwood Ball (known as “Ernie” Ball) was a musician from his early life onward and learned much of what he knew from highly skilled family members. By the time he was 19, Ball was a touring musician, playing primarily pedal steel guitar.

Shortly thereafter, he joined the US Air Force Band in his early 20s as a guitar and bass drum player.

In his late 20s, Ernie Ball decided to open a music store—which some say was the first music store in the US that exclusively sold guitar equipment. He was criticized for not selling other instruments, but he simply stuck with guitars.

Ball’s major success began with the release of his “Slinky” strings, the idea for which he first suggested to Fender and Gibson but got rejected. Ball’s strings had a thinner and unwound G-string, which was first intended to better facilitate beginners’ learning how to play the instrument but later became popular with intermediate and professional players alike.

In 1984, Ernie Ball bought Forrest White and Tom Walker’s company, Music Man, which made Ernie Ball’s guitars (which had previously gone by the name Earthwood) more visible in the guitar market.

Throughout the ‘80s and ‘90s, Ernie Ball Music Man created a lot of guitars and basses, many of which were signature artist models, such as the Silhouette, Eddie Van Halen Signature, John Petrucci Signature 6- and 7-strings, Sterling, and Bongo.

Today, Ernie Ball Music Man is one of the most well-known music equipment innovators on the market, and while it may not be quite as ubiquitously known as other manufacturers—such as Fender or Gibson—the company’s innovative edge makes it popular with pros around the world.

In 2009, Music Man started a sub-company called “Sterling by Music Man,” which creates a budget line of instruments that are $300 or under and target beginners. One awesome guitar out of this line is the, which this article will focus on.

Thanks to the resonant jabon body, maple neck, and awesome pickups, the SUB Silo3 sounds fantastic. The lows are powerful, the mids are bold, and the highs are clear but not overbearing. What’s more, the Silo3 is extremely versatile and sounds great on both clean and distorted channels.

The neck is fast and smooth and lends itself to whatever style you want to play, whether it be subdued rhythm guitar chords, picked lead lines, or screaming, distorted solos.

As a tonewood, jabon is well-rounded, producing strong lows and a powerful midrange, which is further improved upon by the maple neck, which boosts the midrange tones and provides a clearness and immediacy to the highs.

Sterling planned the SUB Silo3 very well, as the combination of the jabon body with a maple neck, rosewood fretboard, and HSS overwound pickup arrangement produces a tone that sounds much more expensive than it is. Thanks for this one, Sterling… or Music Man… or Ernie Ball… or something…

Unfortunately, this product is currently out of stock. However, while this model isn’t available anymore, that doesn’t mean you have to miss out! Here’s an alternative that’s very similar to the Sterling SUB Silo3: 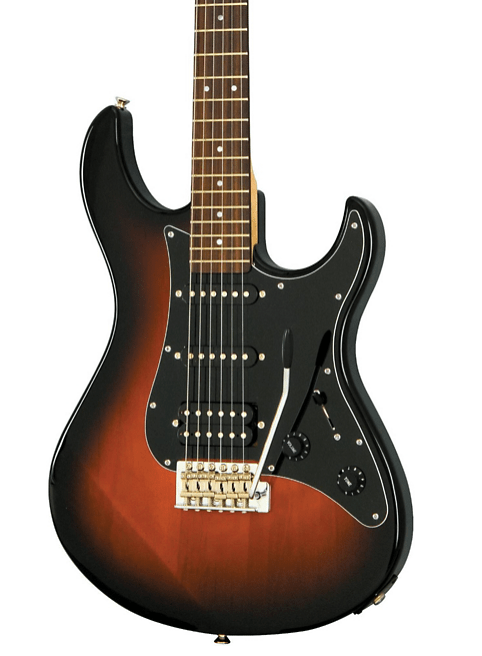 The Yamaha Pacifica Series PAC012DLX HSS is a rockstar of a guitar and makes for a great alternative to the Sterling SUB Silo3. Not only does it provide a beginning musician with all of the basics they need, but it’s a great instrument for experienced musicians to groove to.

Not only does it offer a vintage-style tremolo bridge and an HSS pickup configuration, but with a price lower than $200, you’ll be able to explore a lot of different tones with this guitar. Plus, this guitar is made by the world-famous Yamaha.

As far as the physical build of this guitar, you’ll find it has a thin waist and deep cutaways. paired with a sharper horn, you’ll find that is super easy to access the upper registers of this guitar. Plus, you’ll notice and it’s a lot more modern van at the Trailblazer that Fender offers. If you’re an experienced musician oh, you may not enjoy that the body of the guitar is made with agaiths instead of Alder. However, its softer tonewood is what helps to make this guitar a lot cheaper. 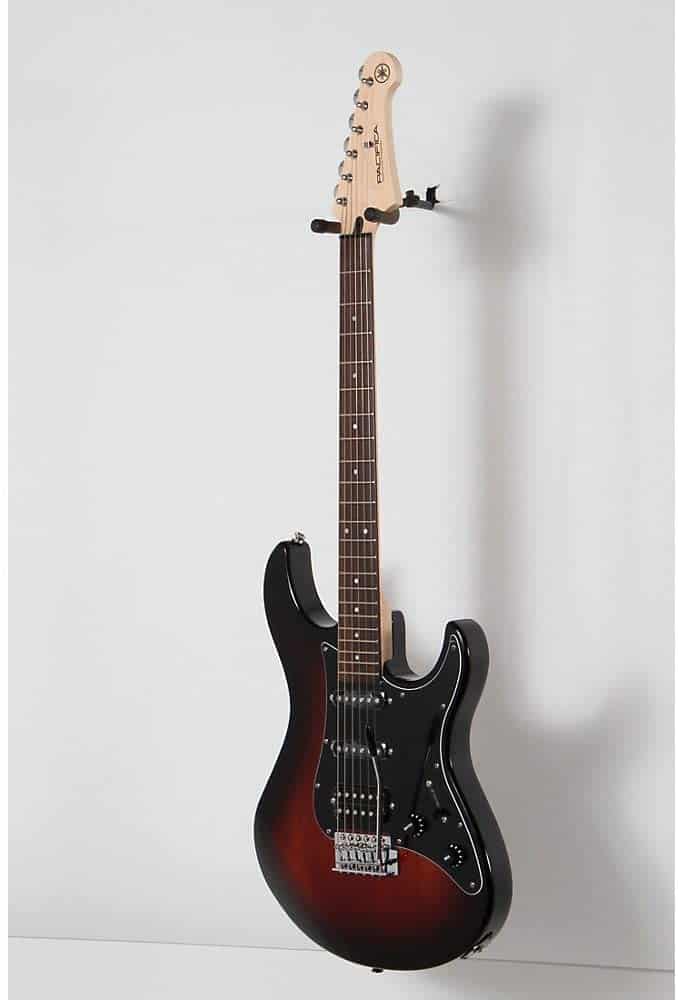 Taking a look at the HSS pickup configuration, you’ll also notice that there’s a five-way switch. This will provide you with the opportunity to develop a total pallet. That’s so exciting, you won’t have to think about upgrading your guitar to get a better quality sound. Plus, you’ll find that the single coils available in this guitar amp are clear and bright. moving on to the bridge, the humbucker around this part of the guitar has an amazing crunch when you pair up with distortion.

Also, you’ll find that the tremolo bridge is Chrome, as well as the tone control knob and at the master volume knob. By using chrome on this instrument, you’ll get an affordable guitar that’s a lot of fun to play on.

While most companies go cheap on pickups or other hardware in the manufacturing of their budget instrument lines, Sterling by Music Man has a different approach. They instead spend fewer hours of work on each instrument to minimize the cost and bring an affordable instrument to beginners everywhere.

Using a spray-on matte finish on the neck instead of oil, for example, saves time in the manufacturing process but doesn’t sacrifice quality (as many high-end guitars use spray-on neck finishes anyway).

For the price, there could not be a better -oriented instrument, coming in at a super affordable $200.

It delivers in every way you would hope, with quality hardware, excellent pickups, stylish design, and a comfortable neck and body contour. If you’re new at guitar, this is the perfect instrument for you, hands down. You won’t regret buying this guitar.

i see this guitar in a price range with cort g260dx.. i wonder which one is better in your oppinion in matter of price to performance.. 🙏