My guitar-playing journey began at the age of 12. My early influences were the music of the day and the albums that my brother listened to. At 14, I started to form my own musical identity and enjoyed listening to rock radio. But, in 1982, the older guys that hung out at the guitar shop were talking about the guitar work on the Steely Dan albums. And, they mentioned the “Kid Charlemagne” solo performed by Larry Carlton.

So, I raced to the record store and asked the clerk for Larry Carlton’s albums. He had two solo records, and I purchased both of them. My life changed at that moment, so, I decided to honor that by writing this Larry Carlton guitar player profile.

Larry Carlton was born in 1948 in Southern California and began his guitar journey at the age of six. In junior high school, he heard a recording of Joe Pass and immediately became interested in jazz. He cites Barney Kessel, Wes Montgomery, John Coltrane, and Blues legend B.B. King as influences.

In the late 60s, L.C. wrote jingles and radio commercials and even appeared on television as “Larry Guitar” on a children’s show. As his musical reputation grew, he received calls for recording dates requesting the sweet tone that he delivered from his Gibson 335. 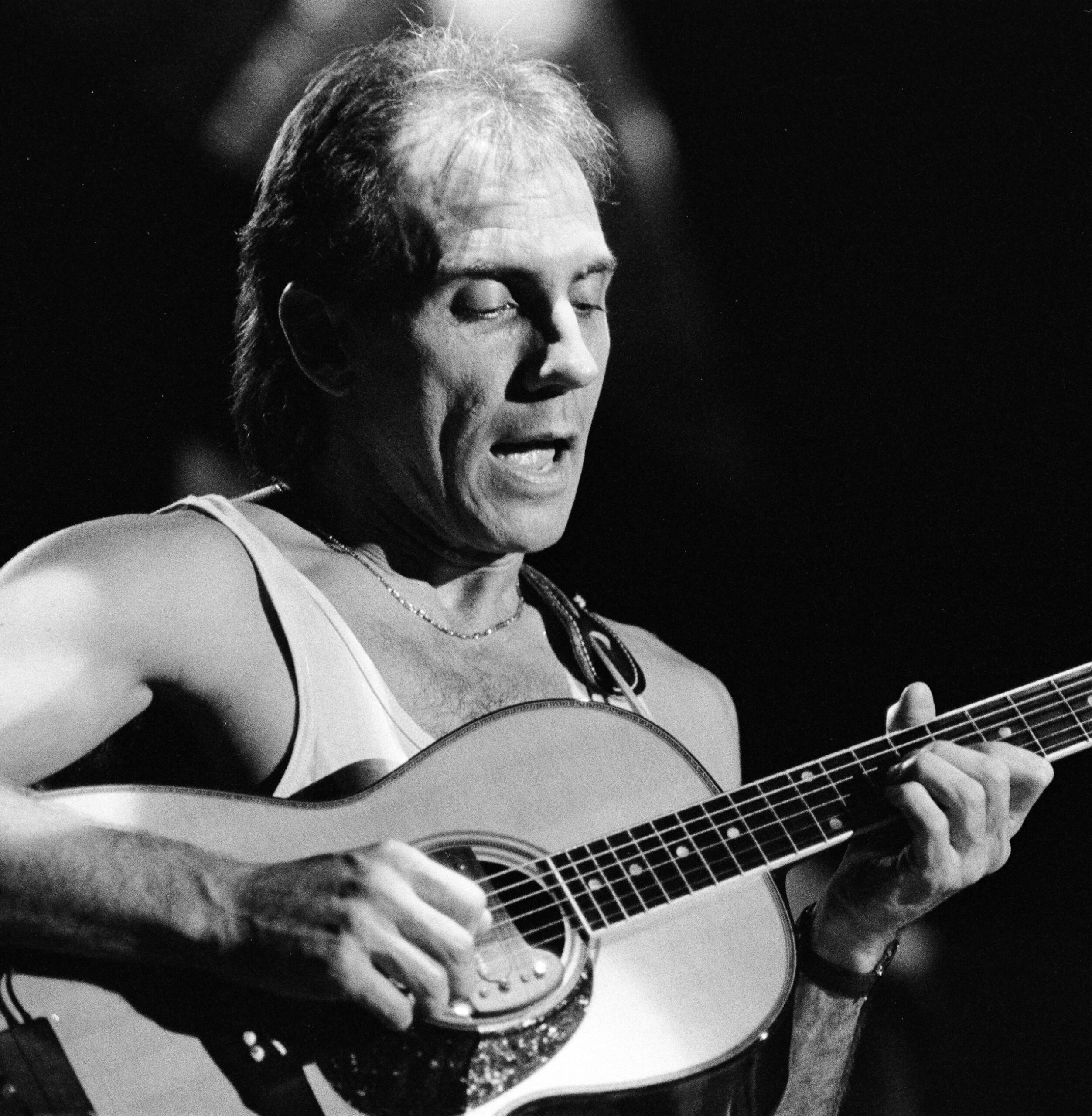 He built his home studio, Room 335, to focus on arranging and producing projects. Larry co-wrote the Who’s the Boss sit-com theme and the Hill Street Blues drama theme during this period.

In 1985, he recorded an all-acoustic jazz album for MCA and transitioned into a solo artist, and 1987 was a highlight year.

The all-electric project also received a Grammy nomination in 1989 which was almost one year after Carlton was shot by juveniles in a random act of violence outside his Los Angeles studio.

I could wax on and on about Larry Carlton’s accomplishments. But, if this is the first time that you have heard of him, I’m almost sure that you’ve already listened to his music.

So, let’s take a deeper look into the gear behind his sweet tone.

Here are some quick facts for water-cooler banter:

Bottom Line Up Front: Larry’s known for three distinct stages in his career.

Even the modern rig will set you back quite a few thousand bucks. But, you can get in the ballpark with any 335-style guitar with humbuckers, a blackface-style amp, and a few pedals.

The Guitars of Larry Carlton 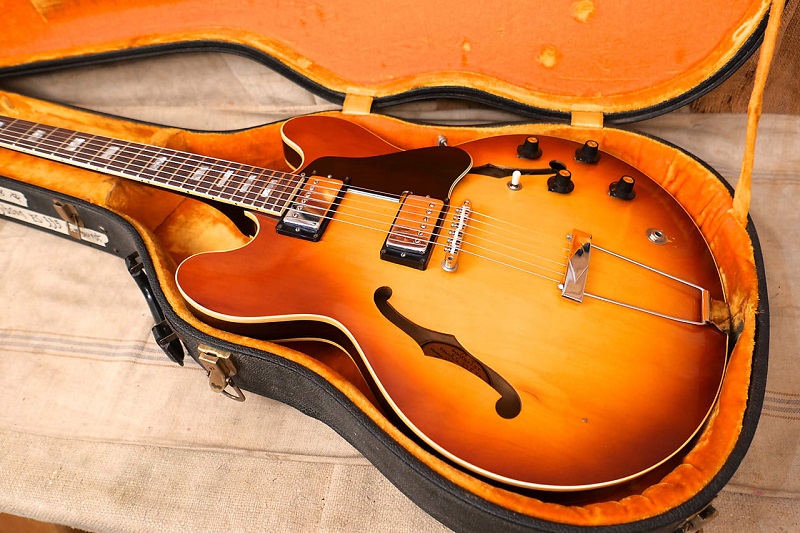 Larry personally chose and purchased his 335 in a music store. It was one of three 335 models that were hanging on the wall. His choice behind choosing the 335 “was a practical one.” He tells John Bohlinger of Premier Guitar, “I play a lot of different styles of music. For me, I wanted to get a guitar that could cover a lot of different bags so that I wouldn’t have to keep switching from guitar to guitar.”

The 335 that Larry chose is a 1969 model with a 1968 neck. The 68 neck is made of a single piece of maple and was probably a leftover when Gibson manufactured the L.C. model. In addition to the neck, the other unique qualities that Larry’s guitar has are:

Besides those fundamental modifications, the guitar has stayed pretty true to its original form. The pickups are the standard PAFs that the guitar came with. The Gibson Larry Carlton signature model follows the specs of this guitar.

Larry is a very dynamic player and uses changes in picking pressure to create a range of textures from sweet and singing to bluesy and gritty.

He also prefers setting the pickup selector to the middle positions while adjusting each pickup’s volume and tone controls to taste. He also switches from the neck to the bridge pickup from time to time. 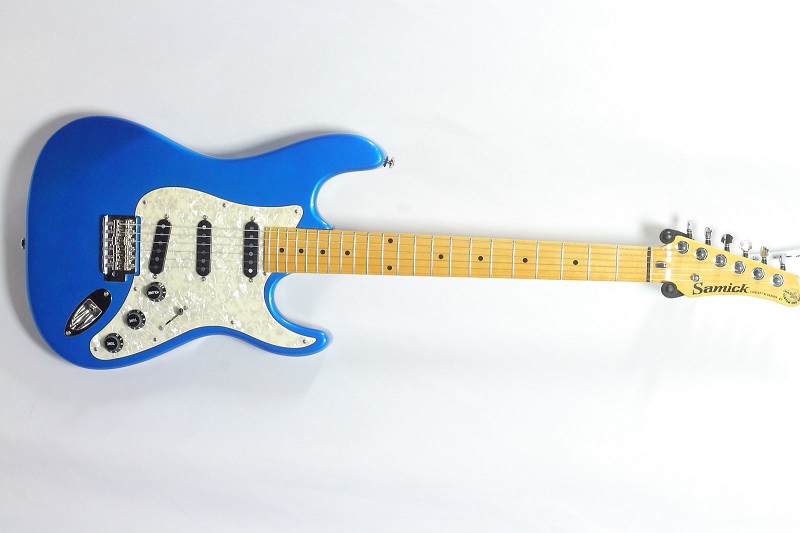 The Amps of Larry Carlton 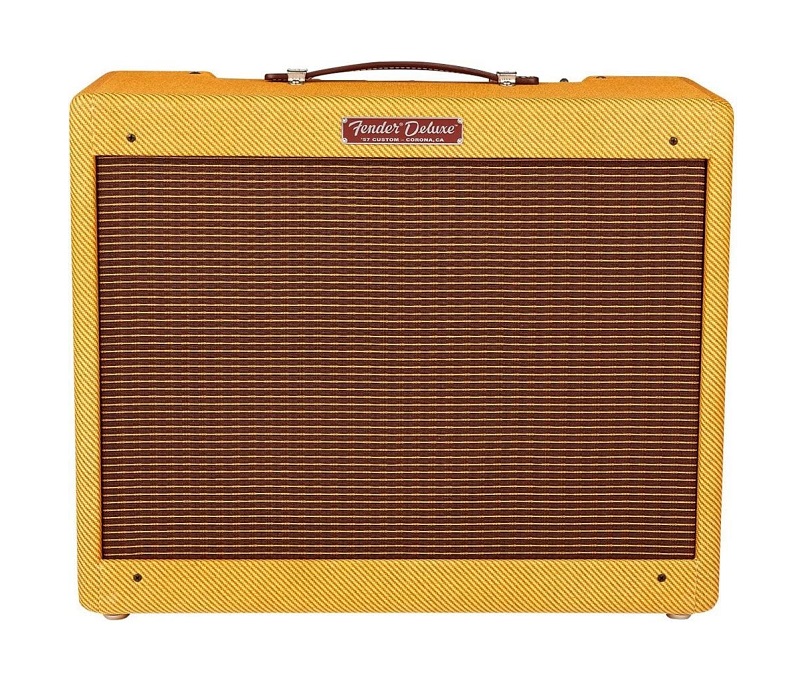 Carlton preferred smaller amps for his studio work, and some modifications were made by Paul Rivera. L.C. used the Fender Tweed/Gibson 335 combination for the “Kid Charlemagne” solo.

There isn’t any solid documentation as to the modifications made by Rivera. 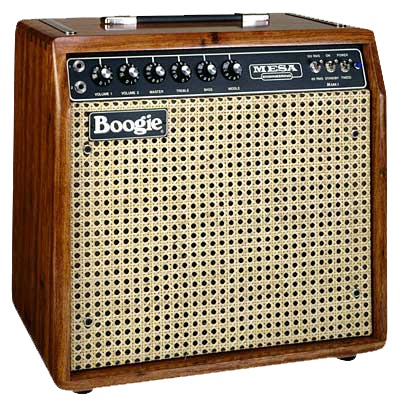 In addition to the small Fenders, Larry was one of the first users of Mesa Boogie amps. He also preferred the Mark I 1 x 12 combo. There’s very little written about Larry’s experience with this amp, but I thought that it was important enough to mention. 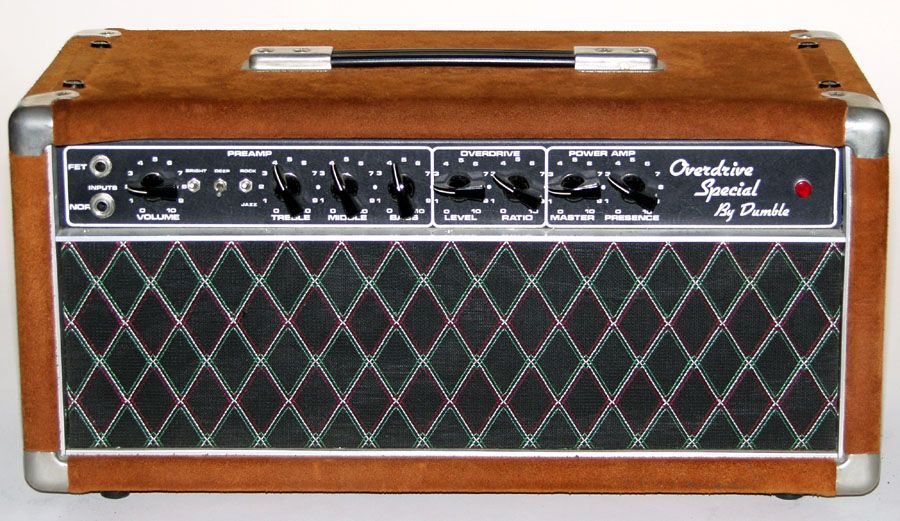 I saw Larry several times in the late-80s and early-90s. This amp drove his tone, and I never heard a better live tone before or since. However, Robben Ford and Mike Landau have come very close.

Larry used the Dumble O.S. Head outfitted with 5881 power tubes instead of the standard 6L6 tubes that were common at the time. Larry stated that he preferred the slower, darker, and warmer tone than the 6L6s.

Carlton would set the clean channel to the initial point of breakup. This broken-up, clean tone was his main sound. He would then use the amp’s pre-amp to boost and overdrive the sound as needed.

Although Larry still uses his beloved Fender Tweed Deluxe, he has added the Bludotone to his live setup, and this is essentially a Dumble clone. Brandon Montgomery from Bludotone designed this amp to Larry’s specifications.

Larry’s pedalboard during the L.A. session days was rather complex and, for the purposes of this article, we’ll focus on his live setup. Larry has begun simplifying his rig during his stint with Fourplay and his solo work

On stage, Larry wants to recreate the sound he used in his studio setup.

He achieves this by:

In addition to this setup, Larry uses a Sho-Bud volume pedal (modified by Howard Alexander Dumble to keep the tone consistent throughout the volume sweep) and a CryBaby Wah Wah Pedal 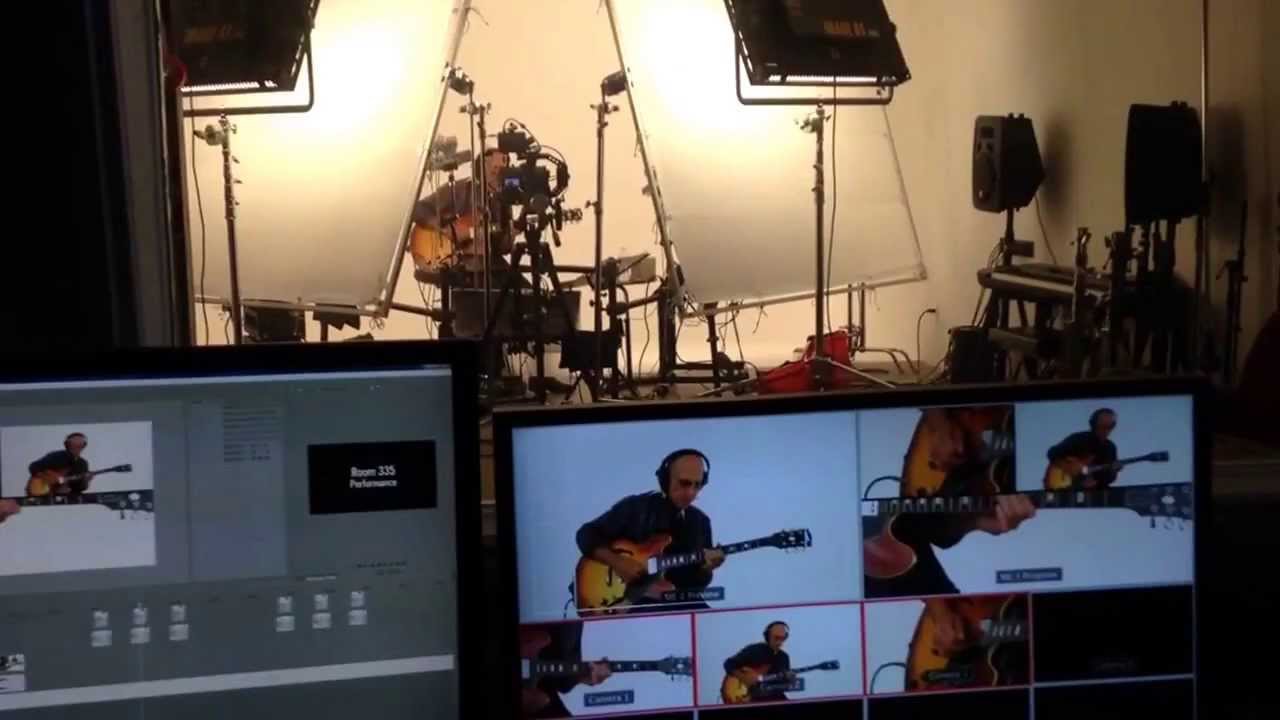 When you’ve played on as many sessions as Larry has, then I’m sure that you’d pick up a couple of recording tricks.

Larry Carlton’s tone is a tough one to crack. He most certainly reflects the adage that the tone is in the hands

If you have the money, then you can outfit yourself with the following:

I used a blasphemous setup once to try to replicate the spirit of Mr. 335 and was blown away by the results. I used a Headrush pedalboard with a dry extension cabinet in the center. Then, I ran the guitar sound with stereo effects to the Headrush monitors set on either side of the amp. The sound engineer used a Sennheiser 421 to mic the amp and sent the stereo sound to the front of house. DAMN!!!

I had worked with the sound engineer before, and I arrived at the theater early in hopes of trying this setup. He was patient with me, and the result was terrific.

But, no matter how close I get, I continue to tweak my Larry-inspired tone.