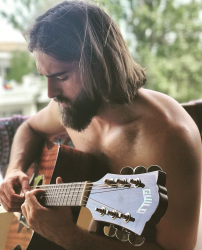 Taylor Petrie
Classically Trained Maestro at Guitar Space
Taylor has a whole slew of experience; professional training, classical knowledge, and he’s fronted a few bands. So no matter what your long-term guitar goals are, Taylor’s been there. And he’s here to share with you the ins and outs, what to do and what to avoid, and whatever other knowledge you need to master your instrument. Every day, he spends time learning new things about the guitar; the main drive in his journey to reach all people with the power of music.

At the current time, The Positive Grid Spark “Practice Amp” – from now on, Spark Amp- retails for 216€, including a 43€ discount in Europe. This is, on the Positive Grid webpage, and not at all the only place you can purchase it from, but it does come with a traveler gig bag, for a limited time. Handy!

To give context, this modeling amp was released in late 2020, and immediately took that year’s NAMM awards by storm. It is aimed to quench the needs of those who are practicing and playing around at home. Gigging capacity will be analyzed further down in this article, but let us just keep that in mind for now.

Keeping the year of release in mind is also a must, as musical gear just keeps on getting better year after year, as we´ll see. So much so, that this Positive Grid Spark Amp review will have to be split into two parts:

It’s a small, simple, 5.2 kg (11.5 lb), attractive, retro-looking box, that fits onto your desk and gives you the ability to let literally thousands of different configurations through, including some that suit acoustic and bass guitars.

This little amp packs 40 watts in a very nicely finished leather caging. The front grill covers two stereo speakers, and the control panel up top has the familiar EQ buttons, a master and output volume, as well as reverb, delay and modulation effects. It has a tap tempo button on the top, a built-in tuner, a headphone jack, four customizable presets, and another volume knob just for the music coming out of your device.

Apart from all this, it can double as a digital interface for your computer, so you can get straight to recording without spending another extra hundred for a professional device that allows you to get good quality into your recordings or jotting down your ideas.

It has two speakers created specifically for the amplifier in question, which have a very acceptable low end for the size it has. The palette of different sounds is very wide (not as wide as the Bias fx2 elite software). It does not have the option to change cabs, mics and others but it does have many different effect heads and pedals and it is very intuitive together with the Positive Grid program itself.

It may only be a 40-watt amp, but make no mistake: the Spark is very loud. Its two small 4-inch full-range stereo speakers deliver a pretty scary punch, including much more low end than I first expected, and delivers wall-shaking volume levels at 70 percent on the dial, which is way more than you need in your bedroom and probably enough to make it into some jamming and rehearsal situations…

For starters, you can download a plethora of sounds, for free, from Spark’s database. If you’re learning a song, chances are someone has tried to design the perfect sound for that same tune and upload it for you to play along with. Each of these tones, plus all the ones built into the amp, can be customized as a complete signal chain, and you can store them in the guitar amp so you don’t need your phone plugged in to enjoy them.

With Positive Grid´s tone cloud, you´re certain to be getting a bang for your buck, as this well-known brand has brought us software amps like the BIAS system, which is used worldwide and acknowledged by renowned players.

The Spark app connects to your phone via Bluetooth to open up a whole new universe. It turns an already good-sounding practice amp into one of the most versatile and useful pieces of guitar gear I´ve tried in my 13 plus years of playing. 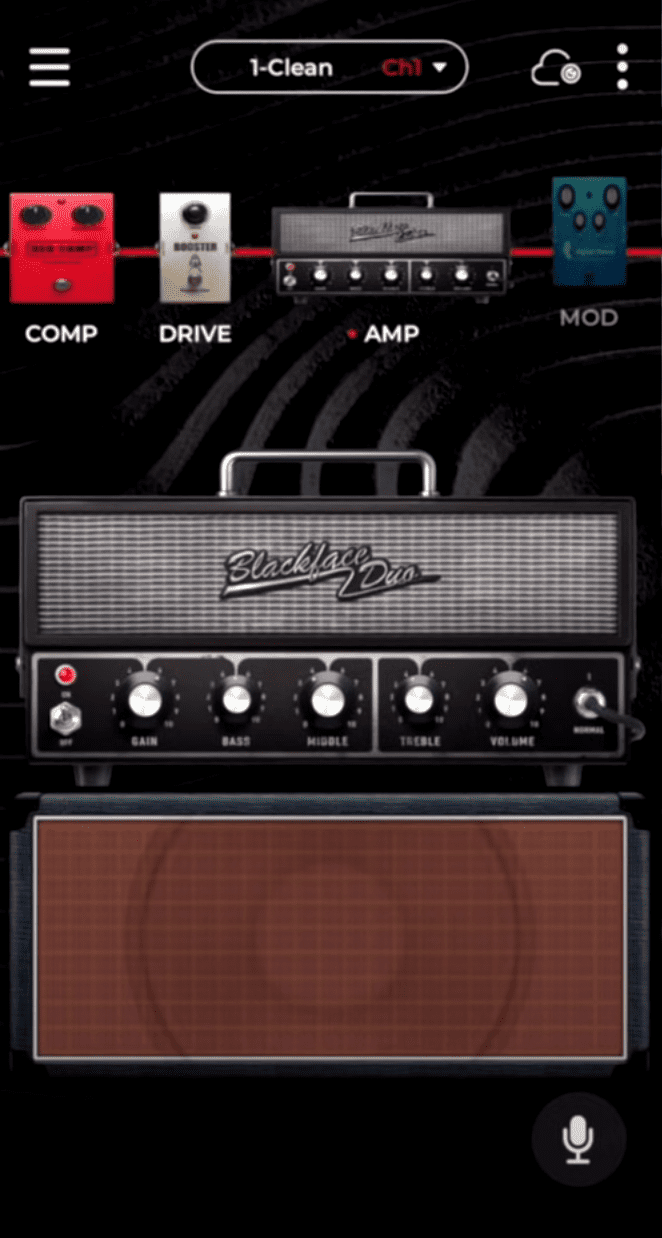 Each sound can you find on the Spark amp corresponds to different amp models from the BIAS world, designed to emulate famous real-world amp configurations. There are 40 different effects pedals spread out into the following categories: noise gates, compressors and drive pedals before the amp, and modulation, delay and reverb pedals after the amp. Each of these amps and pedals has its own set of knobs and switches, so the range of possible sounds is absolutely colossal, and it’s all organized in a very nice graphical interface that will be very familiar to guitarists.

This massive library of pre-made guitar tones is constantly updated and feeds from users that upload their best shot of trying to emulate artists and different songs.

Jam along to its AI

I have to mention the Smart Jam feature, which lets you set a tempo and then play something. Spark analyzes what you’re playing, usually quite accurately, and automatically generates drum and bass tracks for you to play. It will recognize your tuning, chords and tonality, and set you up with a decent sidetrack for you to jam along to. 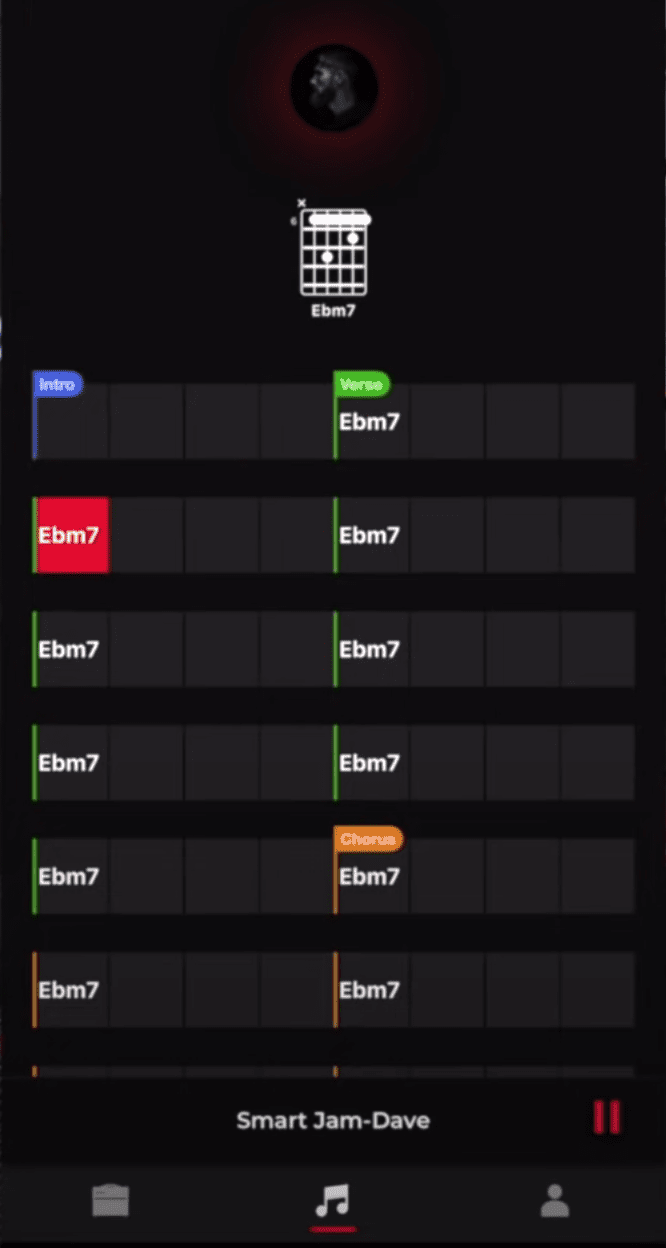 Learn Your Favorite Songs From Spotify or Apple Music

And finally, there is the ability to play songs directly from Apple Music or Spotify; if Spark “knows” the song, it will play the video and chords so you can learn it. If it hasn’t seen the song before, it will sit there and analyze it for a few minutes, and then play the chords for you.

Now, don’t expect it to generate an accurate tab, but in many cases the chords are pretty accurate and good enough to get you started. Back in my day, I remember struggling to try to find tabs, or just play it “by ear”- which many of you takes years to develop. This would have saved me so many soul-draining moments. On the other hand, if you don´t try, you´ll never learn.

What do we want in the next version?

This is an incredibly impressive device, but there are some clear places where Positive Grid could tweak some things to make the next version even more attractive. To begin with, the overall sound is universally recognized as being too bass-heavy.

That means your chuggy metal mutes will hit you in the gut and sound amazing, but you lose that edge on the higher strings.

Secondly, there is no ability to connect a foot pedal, which means that if you want to switch between sounds, you must use your hands. That’s fine for practice, but in improvisation or rehearsal, a foot pedal would be great.

This could double as a tilt pedal for volume, wah and effects controls, and even more if it could handle some loops. I think there would be a huge market for pedal accessories for this amp; they wouldn’t necessarily have to be included.

And as the last thing to point out, Positive Grid could consider bringing out the Spark App as an independent product- something you don´t have to purchase with the Spark practice amp.

It could have a subscription model, and would probably work quite well. Now that this is a thing, I think we are very soon going to see more apps and software trying to emulate this same product.

PG might be a little disappointed that Fender launched its Song Chords service just a few days before Spark. But while Fender Songs is “just” an app connected to Apple Music, this is a different animal.

With the Spark practice amp, you’re buying an all-in-one practice amp, thousands of guitar sounds, integration with the three biggest streaming services, and something akin to a band-in-a-box to generate backing tracks for practice. It also has a monthly subscription that right now is about 5$/month. 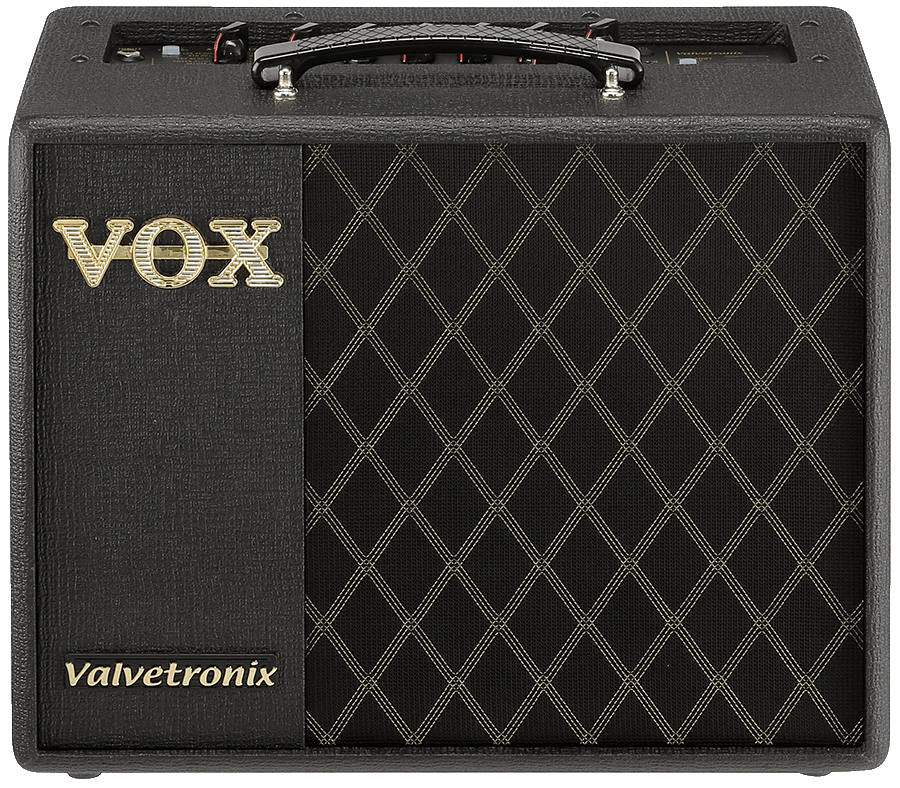 For around the same budget price, my personal preference would be this small 20watt practice amp by Vox. It has a nimbly modeling 12AX7 pre-amp, and although it’s not as loud as the Spark, the possible resemblance to a Vox AC30 is just something I would immediately pay for. Especially if you can find it for under 200$. If you enjoy a bigger library of effects then you won’t be that impressed, but it does have good clean sounds and decent overdrive tones.

Answer: Yes. No doubt about it. 40watts is just short of some very common 50watt amps. Its low-end is also impressive and could handle itself in some gigging scenarios.

Question: How big is the Positive Grid Spark amp?

Question: How many virtual amps does it include?

Answer: A total of 30 amps, for guitar, bass and acoustic guitar from the BIAS world.

Question: Is the Spark Pearl different?

Answer: Although it isn´t out yet, it will be a limited special “all white” version of the currently adored Spark amp. Same features, same sounds. Different looks. Yeah, I can´t wait for it either.

There is nothing else on the market (right now) that can do what this neat little machine can do, a fact I find quite amazing. There’s a reason this has been so highly publicized; it’s a super neat little package that offers an almost infinite range of sounds in a fun and simple way, with a ton of depth beneath the surface for the true knob-touchers.

And even if you’re more of a , it feels like an instant rock star in a can, and I’ve seen many pro players, including legends like Steve Vai, starting to find room for a Spark in their studios. I’m sure we’ll soon see a larger, more gigging-oriented professional version, boasting even more BIAS FX capabilities. Heck, the desktop software can analyze your guitar’s setup and tone, and then do a good job of making a Jazzmaster sound like a Les Paul or a Flying V, plus run multiple effects chains in parallel.

Positive Grid has a lot of aces up its sleeve for future Spark amplifiers, and that’s part of the potential of this amazing little amp; as good as it is, this is a first attempt, and we can clearly see how much it will improve when version 2 comes out.

This is a great little practice amp on a budget and if you´re a fan of the features. For under 300$ you just can´t go wrong with this one. I´ll leave you with a great video Music is Win did to demonstrate just how close you can get to imitating world-class guitarists: